Solar eclipse from a spaceship 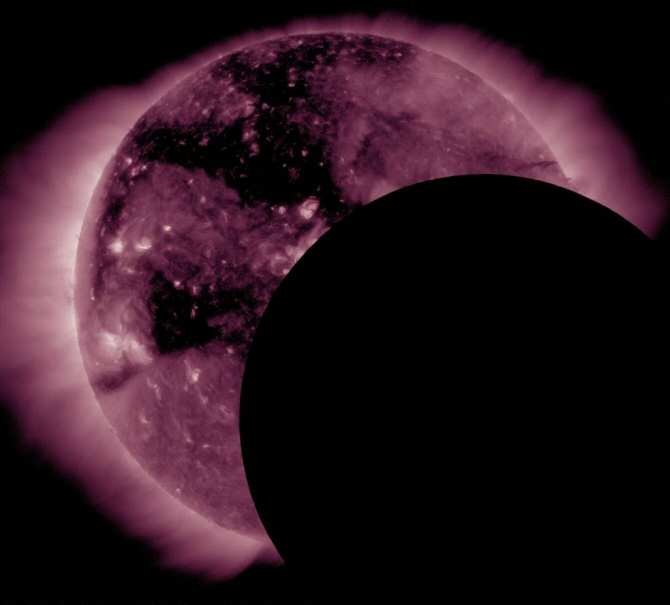 We are used to solar eclipses as spectacles that from an area of ​​the Earth allow us to see the Moon interposing between the Sun and us. But it can also happen that the Moon gets between the Sun and a spacecraft. A phenomenon of this last type is undoubtedly striking, as we can see in the photograph, which was taken by NASA’s SDO (Solar Dynamics Observatory) spacecraft. This space observatory has the mission of monitoring and studying the Sun. For about an hour of a day six years ago, the Moon came between the Sun and the SDO. When photographing the Sun, the spacecraft obtained this image, with the backlit lunar disk obscuring our star. (Font: NCYT by Amazings)