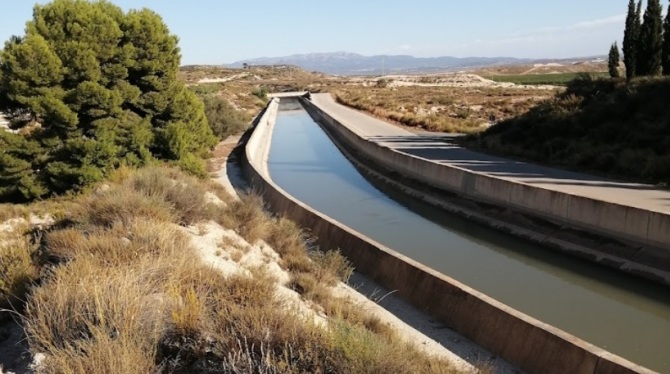 In Spain we have different infrastructures for regulating and transporting water to ensure the supply for human consumption and the irrigation of agricultural crops. Our geography is dotted by multitude of canals for the transfer of water, ditches for irrigation and reservoirs.

A) Yes, we have sixteen main transfers in operation in our country, apart from the innumerable irrigation ditches and reservoirs for water accumulation. Although there is a part of the transfers that is done with pipes and not with open canals or ditches, the surface of the latter is considerable.

In approximate calculations, we have more than 2.5 million square meters of surface in water transfers. If we put solar panels on them, this would mean more than 800 GWh per year of generation photovoltaic. A considerable amount of electricity and that could supply all the services of said transfers and the surrounding areas.

Benefits of photovoltaics in transfers

Certainly we should not focus only on the electricity generation that could be obtained. The option of using the entire surface of the transfers to install photovoltaic panels brings us other advantages.

The important thing is that this generation would be distributed throughout the geography of our country and, even more important, in areas where it could be used with hardly any transport.

The issue of electric transport is very important, since up to 10% of the electricity generated can be lost as heat. That is why the closer the consumption is to the generation, the better. Every meter of cable saved is a little more electricity available.

The price of electricity, weighed down by fossil fuels, is rising alarmingly. The use of the surface offered by the canals of water, irrigation ditches and other similar infrastructures, It would help reduce the electricity bill of many companies and individuals.

Our country periodically suffers from droughts that harm the countryside and forests, and people suffer from restrictions in the supply of drinking water. Undoubtedly, Much of the water loss is due to evaporation.. 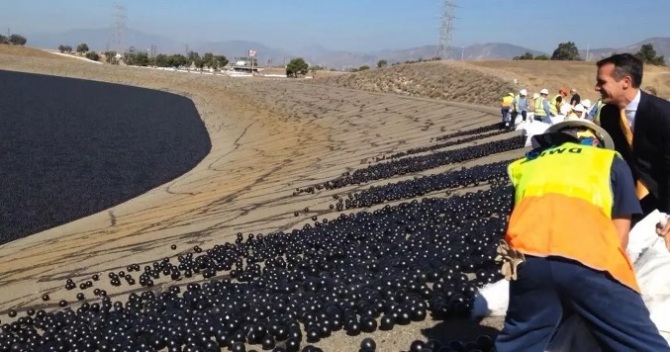 In the state of California, in North America, the decision was made to cover the swamps with plastic balls, to prevent the water from evaporating. The installation of solar panels on the channels of transfers and ditches would help reduce evaporation. Something that would have a favorable impact on our water resources.

✓ Avoid the proliferation of algae

By covering the surface of the water with solar panels, the direct incidence of the sun on the water is reduced, and this also Helps reduce algae population They need a lot of light. Something that benefits in that they do not hinder or damage the water distribution facilities, reducing maintenance needs.

Examples of application of channels with photovoltaic

In numerous places on our planet, canals or water transfers are already being used to cover them with solar panels. In India, a 40 km section of the Narmada River has been covered, whose power generation capacity is over 100 MW. For its part, in the west of the same country, the Gujarat region has about 80,000 km of canals. It is estimated that only covering 30% of that surface, the energy that could be generated would be over 18 GW.

In the aforementioned region of Californiain the United States of America, has 6,500 km of water channels, although not all of them discovered. Even so, the use of the free surface would be very important, as it is also an area with high solar radiation, which would help to achieve high yields for photovoltaic collector installations.

We have another case in our country, where In the city of Valencia, the course of the Turia river had to be modifiedafter the serious flooding of 1957. By making a new route for the riverbed, an area was created inside the city, which currently constitutes a true green lung that runs completely through it. 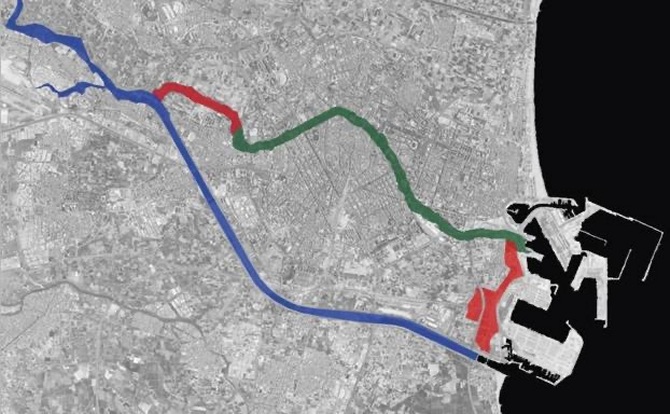 Also, currently there is a channel that reaches 13 km long and about 170 meters wide, which represents an area of ​​more than 2 square kilometers, of which a large part could be used for installation of photovoltaic solar panels. That yes, respecting a minimum height for seasons of great rains and avenues of water.

Disadvantages for photovoltaic installation in riverbeds

We mainly find three obstacles that hinder the development of these photovoltaic parks in our country. One is the lack of regulation or administrative obstacles, another problem is the friends of others, that is, theft.

✓ Ownership of the channels

Generally, most the channels of the diversions are owned by the water basins. In some cases, they are other Public Administrations or even irrigation communities in the areas where there are agricultural irrigation ditches. Unfortunately, the water basins do not coincide with the Autonomous Administrations. This can cause communication that is not fluid enough to develop photovoltaic projects.

The bureaucratic procedures that must be overcome are quite a few and they cause in some cases the photovoltaic installation project to be dismissed. However, this is starting to change, helped by decarbonisation policies. In addition, the current situation of high electricity prices, affected by fossil fuels, is causing a change in the rest of the policies.