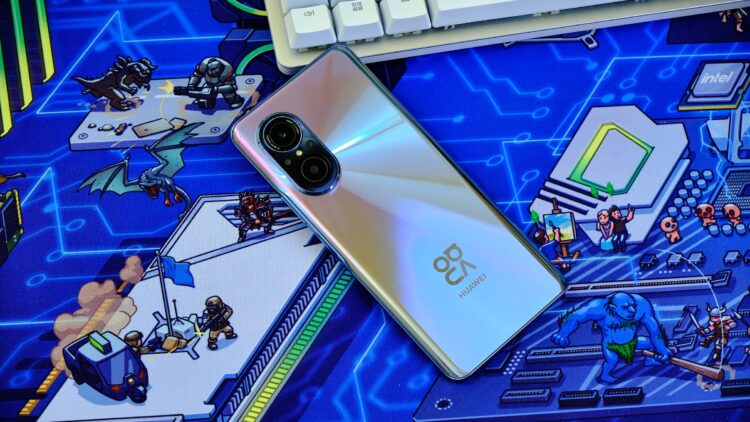 It’s been a while since we analyzed a Huawei mobile. In other categories, the Chinese company is positioned as one of the most interesting and with its wearables (such as the Freebuds 2 Pro that we have just analyzed) it continues to show that it did not become one of the best-selling companies by chance.

On laptops they are also doing really well, but on mobiles you already know that they have the big problem of not being able to count on Google services. One of the last mobiles that we analyzed was the Nova 9, which we liked, but with the great drawback of not having GMS, and now let’s go with the analysis of the Huawei Nova 9 SE.

And yes, we should have analyzed it before, but the price of 349 euros weighed a lot and, the truth, we were waiting to see if with a drop in price it would be placed in a more interesting step. Now it costs 100 euros less on Amazon, but still has rivals that are much more recommendable.

One of the most beautiful phones on the market

Huawei is a company that has a very good design department. I like their laptops, their headphones and, above all, their watches, but on mobile they are also a very powerful company.

The different families they have released managed to be very recognizableSo much so that today, Honor uses Huawei designs from a few years ago (or a few months ago, as could be seen in the Honor 50).

And it is that, it has that back with bright colors, which form gradients depending on how the light falls and that, in addition, has a marked mirror effect. When it is clean, it seems to me one of the most beautiful mobiles that I have had in my hands in recent months, but it is difficult to have it pristine.

The fingerprints are kept to a minimum and it is not the easiest mobile to clean. Yes, you have the case, but in the end that somewhat undermines the work that Huawei has done in terms of design.

I have taken it without a case and it seems like a mobile that yes, it is big because it has a 6.78” screen, but the edges are rounded, the weight of 191 grams and the thickness of less than 8 millimeters make it a very comfortable mobile in hands.

And something that I loved is the front. It might seem that it has an AMOLED, something that its older brother, the Nova 9, does have, but no, it is an LCD with FullHD+ resolution that take advantage of the edges, I would say, better than any other IPS on the market.

We must applaud how much, and well, that Huawei has stretched the panel while keeping the borders to a minimum. Also, in my unit, we don’t have very strong shadows on the sides, although it is a little noticeable around the front camera.

This is something inherent to the technology, but I don’t think it’s something that bothers you. And, since it is an IPS, we have the fingerprint reader on the side. I think it works really well, and in my time with mobile, I didn’t have any problems with it.

Speaking of the panel, we measured an average of 640 lux brightness., which is not bad, but in broad daylight you may have some trouble viewing the content. The automatic brightness sensor works well and has seemed accurate to me.

And the screen… well, it’s a panel that isn’t bad for consuming content, but in its launch price range, there were definitely better panels out there in the competition. It has a 90 Hz refresh rate and browsing the mobile feels fluid.

It is, as I say, a correct experience with the screen and I do not think you have a complaint, but the sound is another story. We only have one speaker, we don’t have a headphone jack and the sound simply complies.

But let’s go inside because there are interesting things here. To maintain the order that we usually have in our analyses, I am going to start by talking about hardware and software.

Huawei no longer has its Kirin SoC and here we have the Snapdragon 680. It is a SoC that is fine for a lower-middle range, but for a mobile launched for 350 euros it was somewhat scarce.

It is a SoC manufactured in a 6 nanometer lithography with 4 cores at 2.4 GHz and another four at 1.9 GHz. You have configurations of 6 and 8 GB of RAM and, then, I leave you a comparative table with mobiles of its price range:

Yes, there is no color between the SoCs, but the Galaxy M33for example, costs the same as this Huawei.

As we always tell you, benchmarks are not the most important thing about any device. They are representative, yes, but then the software is essential. In this case, I think the performance is good.

Huawei has pampered its EMUI layer a lot and it shows. I think the user experience is good because the system is fluid, if you have Freebuds or a Huawei Watch you have a very good integration and, as I say, it is a mobile that works well.

In addition, it is a fast mobile with a memory that has a good speed for both reading and writing:

The problem is the one you already know: it does not have Google services. You will have to download any app you want via APK, you will not have security guarantees in banking apps, there are some that will not work and those that you use with a Google login will not let you access that way either.

We are not going to continue making a noise about Google and Huawei because you know it very wellbut as much as its store improves, it is still not up to the level of what other manufacturers offer with iOS and Android with GMS.

Where Huawei is up to the task, and above others, is in the load. The battery is 4,000 mAh which, with day-to-day use, has given me about six and a half hours of screen time.

It’s not bad at all, but keep in mind that I haven’t played too much because the titles I like consume a lot of resources and the Snapdragon 680 doesn’t do much.

The load is a real blast, since it comes in the box a 66 W charger that will allow you to charge the mobile to 50% in about 15 minutes with 100% reaching in about 40 minutes.

Cameras that meet during the day, but little else

And if we expect anything from Huawei, it is an above-average performance when it comes to photography.

The P30 Pro is still the most amazing phone I’ve tried in this regard (with the S22 Ultra taking the baton for its great digital zoom) and the Chinese company has phones that are still TOP, like the P50 Pro.

However, in this range we have a performance that is somewhat below what we expect both in Huawei and in the price segment.

The main sensor is 108 megapixels and, I think, that intention to increase megapixels has affected the photographic performance. In good light, the photos are correct, with a good exposure and a slightly off processing to be Huawei, but not bad.

Doesn’t freak out in the skies, doesn’t burn out the highlights and, almost always, it respects shadows quite well. In this sense, as I say, with good light we have good results.

As soon as we are indoors or the light falls, the quality drops sharply with a lot of noise and textures that show that typical watercolor effect that we do not like at all.

The wide angle is also at a fairly low level. There is no distortion, but there are two main problems: very aggressive processing that adds artificial sharpening and a completely different color science than the main camera.

The photos with the wide angle pull to the greenish tones and the exposure is a little lower than it should, I imagine that to control the highlights, but harming the shadows and other sections.

The selfie camera, however, I liked. We have good results both indoors and outdoors, with a little artificial sharpening, but I think it’s not bad.

We do not have stabilization and it is not a video that you will really want to use, nor will you use the macro camera.

It’s cold away from Google services

And, in the end, I feel sorry, since Huawei has launched some of my favorite mobiles, but this Nova 9 SE is proof that they had to release a device in this price range to stay in the market, but, not having GMS is something that penalizes a lot.

I understand that Huawei cannot install Google mobile services, but precisely because of this, I think they should strive to offer the most rounded device possible. And no, I think the cameras and the choice of processor weigh this device down a lot.

The design seems spectacular to me, being a very mobile, very nice and the screen seems to me that it also complies perfectly, as well as autonomy and fast charging.

However, there are better and rounder options in both its current and launch price range.

If you still want to bet on it, go ahead, but you already know that you will have to rack your brain a bit to install Google services that, as much as it weighs us down, are still mandatory on Android.

US House of Representatives approves billion dollar Democratic initiative, a victory for Biden