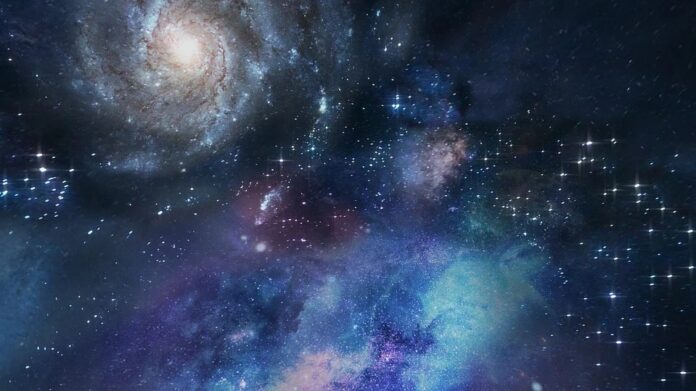 The authors, who publish their work in the journal PNASexplain the appearance of complex molecules in the clouds of the interstellar medium from a novel point of view: as a typical emergent process of the complexity Theory, used in fields such as sociology and computing and that explains collective phenomena as diverse as traffic jams or avalanches.

The team has created a theoretical and computational environment, called networld, where the interaction between complex networks that can represent any simple structure, be it chemical, biological or social, is simulated.

The results show that, in ‘wild’ environments, only the simplest pieces of this kind of LEGO are created. However, when the environment softens, these basic pieces actively interact, drastically giving rise to an enormous diversity of compounds, which will later represent the fundamental bricks of structures on a larger scale and in increasingly complex systems.

This system does not attempt to simulate the rules of real chemistry nor does it make use of real data, but as the lead author points out, James Aguirre of the CAB, What is surprising is that if we understand the nodes of our networks as atoms and each network as a molecule, NetWorld is able to describe the starting point in the process of the origin of life: the emergence of complexity in the evolution of diversity. chemistry in the interstellar medium.

The connection between the extreme simplicity of the model and its ability to describe real phenomenology of astrobiological relevancesuggests that many of the basic properties on the long road from space chemistry to prebiotic chemistry and ultimately to life as we know it might show simple and universal patterns.

The NetWorld environment models the evolution of complex network structures (nodes joined by connections) towards complexity. The rules of interaction between these networks, which allow them to grow and evolve, are very simple and have been extracted from game theory: each node competes with the rest to be well connected in the network as a result of the interaction.

Therefore, the rules have nothing to do with real chemistry or biology, but rather it is a “network chemistry” abstract. NetWorld predicts a sharp transition from a simple network “biodiversity” (a few different networks of small size) to a much more complex one (thousands of different networks of very different size and complexity) when the parameter representing the environment reaches a critical value.

This transition is observed in different areas of astrobiology, so NetWorld is able to describe this fundamental property of the chemistry of the origin of life from a truly novel point of view, the authors insist.

This is because in this astrophysical environment the phenomenology is similar to that of the Networld computational environment: when interstellar clouds condense, interstellar dust shields the ultraviolet light that hinders many chemical reactions, and the molecules created up to that moment interact giving rise to to dozens of new, much more complex molecules.

“There is a drastic transition to complexity in the two systems, and the properties of these two transitions are equivalent”says the co-author Fernando Puente-Sanchezresearcher at the Swedish University of Agricultural Sciences.

According to the computational model, the abundance of structures that are created is proportional to the number of paths that give rise to each structure. Thus one found hitherto unknown proportional relationship between the actual molecular abundances of the different molecules in dark clouds (such as hydrocyanic acid –HCN–, ammonia –NH3– and others) and the potential number of chemical reactions that generate them as a product.

Therefore, “NetWorld promises to be a novel bridge between astrochemistry and complexity theory”concludes the astrochemistry of the CAB Izaskun Jiménez-Serraalso co-author of the article.