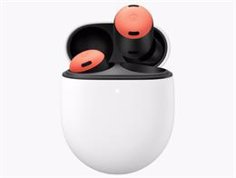 Google has updated the Fast Pair pairing system for headphones wireless with audio switching technology, which allows the user to switch from one device to another automatically with the prioritization of sounds.

Fast Pair is the Google system that allows you to quickly link a Bluetooth headset with your Android smartphone or tablet. This connection remains saved in the Google account, which simplifies the connection each time the user uses the same headphones.

The implementation of audio switching technology allows the user to keep the same headphones but switch what they are listening to from one device to another without interruption, as the company explains on your blog.

What this technology makes possible is that, if the user is playing a video game or a video on a tablet with headphones on and the sound activated, if they receive a call on their phone, the system will automatically switch to this other device to accept it. .

Google explains that it is based on audio prioritization, in such a way that the device change will be made by a call, but not by a notification, for example. “We have further classified categories to determine how to prioritize sounds between phone calls, media, and all the sounds your devices can make,” the statement details.

However, the user will still have the option of making this change of devices manually in the event that it is a matter of less priority audio for the system. In addition, the audio switching technology has support for Bluetooth multipoint connectivitywhich will allow you to pair up to two wireless devices at the same time.

This feature is present in the company’s latest wireless headphones, Pixel Buds Pro, Y follows in the footsteps of what AirPods currently offer from Apple, which can automatically jump between branded devices based on what the user is actively using.