After a decade, AMD catches up with NVIDIA in streaming and broadcast work 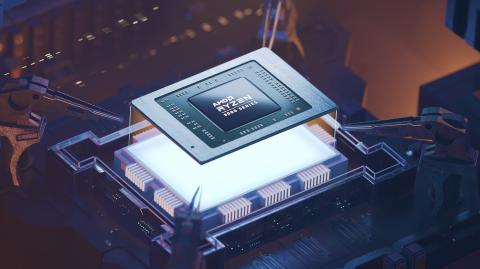 The era of software innovation teams

The world of streaming has been led by NVIDIA for years due to a technology called NVENC, which allowed the green company’s graphics to be much more efficient when it came to video processing. Now at AMD they have the formula to put up a fight.

If you are a streamer, you surely know that there is nothing like a good CPU encoding video, and that the best graphics for broadcasting are NVIDIA due to its exclusive technology. For this reason, for years, on Twitch and YouTube, the greats have been mounting an i9 / Ryzen 9 and an NVIDIA RTX 3000.

And this is not because AMD has bad graphics cards, far from it. AMD’s problem so far has been its video processing techniques, specifically the AMD AMF encoder. Now that the American company has cleaned up its face, the war has turned red hot again.

The AMD AMF encoder has received a substantial improvement in image quality after a decade of quality issues. This new update introduces B-Frames in the new version 1.4.24 of AMF.

Although AMD released this update several months agoChris Griffith, from the web Code Calamitytested the recent update to give readers an idea of ​​the changes in the quality of the AMF encoder.

According to the report, Griffith was able to carry AMD’s AMF encoder at levels comparable to NVIDIA’s and its new NVENC encoder seen on RTX 20 and 30 series graphics cards.

The fight over AMD’s encoding technology has plagued the company for many years, dating back to Polaris GPUs (AMD 400 series) if not further. Encoding has never been up to par with Intel and its QuickSync encoder or NVIDIA’s NVENC encoder.

During this time, NVIDIA introduced the sixth generation of the NVENC encoder with the RTX 20 series GPUswhich used x264 encoding and put it far ahead of AMD at the time.

AMD does shine in HVEC coding, but in the absence of real-world use, all video players require H.264 support.

How has AMD solved a problem that lasted a decade? The company brought B-frame technology back to the AMF encoder, which has been absent since the company’s original VCE encoding and decoding engine.

However, no streaming platform has offered current support, despite being available for months. It is speculated that AMD’s history of supporting developers in implementing their encoder SDKs has been problematic.

They show a gameplay trailer for Tyranitar for Pokémon UNITE