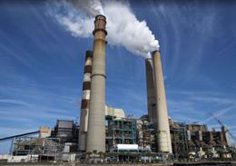 A global biodiversity survey conducted by more than 60 experts from around the world on biodiversity loss reveals that there are more species in danger of extinction than previously thoughtso scientists consider that it is necessary to act to avoid mass extinction, as published in the journal ‘Frontiers in Ecology and the Environment’.

“Biodiversity loss is one of our biggest environmental challenges in the world, probably more important than climate change. The problem of climate change can be corrected by stopping emitting more carbon dioxide into the atmosphere. And if a species is lost, it is gone forever,” warns Professor Johannes Knops, a researcher at Xi’an Jiaotong University-Liverpool in China.

This is one of the first studies to bring together diverse geographic and demographic data from thousands of international biodiversity experts. Its aim is to identify knowledge gaps and differences of opinion among experts in the field of biodiversity.

Each expert’s perspective contributed to a comprehensive assessment of biodiversity loss and the most influential factors affecting the world’s ecosystems.

There was overwhelming consensus that global biodiversity loss is likely to limit nature’s functioning and contributions to people..

The findings suggest that more species may be threatened than previously thought. Experts estimate that, since the year 1500, 30% of species have been threatened with extinction or have become extinct. If current trends continue, this figure could rise to as high as 37% by 2100. However, with rapid and extensive conservation efforts, this figure may drop to 25%.

The study also points out that the factors that most influence the loss of biodiversity are climate change, pollution and change in land and sea use and exploitation.

“Biodiversity loss occurs in many different places, and there are gaps in our common understanding of it. This collaboration can help us reach a consensus on where to put efforts to improve biodiversity,” said Professor Knops.

Biden bets on clean energy without declaring a climate emergency