Awad al-Qarni, an expert on Islam and a law professor, was arrested in 2017 in the early days of the crackdown that followed bin Salman’s rise to power. From exile in Great Britain, his son recounts the circumstances of the arrest and the fear for the possible execution of the sentence. “All possible means” have been exhausted to obtain release.

Riyadh () – A Saudi expert on Islam and law professor has (also) been sentenced to death for “expressing critical opinions” against the Riyadh government on the Internet and on social networks. Reformist cleric Awad al-Qarni is accused of having used various platforms – Twitter, Facebook, Whatsapp and Telegram – to spread dissent, notably by creating an account to broadcast news deemed “hostile” to the Wahhabi kingdom.

The 65-year-old professor, reports The Guardian – who interviewed his refugee son in the United Kingdom – was arrested in 2017, when the repression against internal dissent began imposed by the new crown prince (now also prime minister) Mohammed Bin Salmán . The campaign is directed against intellectuals, journalists, rivals within the royal families, businessmen and simple activists. Before his arrest, Qarni had close to two million followers on Twitter and was highly valued for his critical but at the same time detailed and balanced interventions.

Qarni’s son, Nasser, has applied for political asylum in Britain but fears revenge from Riyadh. He recounted the circumstances of his father’s arrest. “More than a hundred men armed with machine guns and pistols – he says – surrounded the house. They wouldn’t let us in” and the place “looked like a battlefield.” One of the charges against him is that he praised the Muslim Brotherhood in a video and as a result of the trial he was sentenced to death.

The court documents shown by his son highlight the increasing “criminalization” of social networks since bin Salman’s rise to power. We must also remember the systematic use of psychophysical torture and mistreatment of detainees to extract confessions or force them to admit to crimes they never committed. “In Saudi Arabia we have exhausted – says Nasser – all possible means to obtain the release of my father and stop the oppression of which he is a victim. Unfortunately the country is failing not only in terms of human rights but in all spheres, both social, economic and political”, despite the proclamations of the leaders.

Last year, the Saudi authorities sentenced a young woman to 34 years in prison for posting on her Twitter account messages from activists calling for greater freedoms and sharing posts in support of women’s right to drive. Salma al-Shehab, she was doing her PhD at the University of Leeds and was arrested in January 2021 when she returned to Saudi Arabia for a short holiday. The sentence and the corresponding sentence confirm the violations of freedoms and rights, despite the “reformist” proclamations of Mohammad bin Salman, referring rather to the economic field and the entertainment industry. 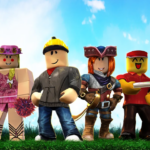