Total sales of large companies operating in Spain, deflated and corrected for seasonal and calendar variations, grew by 1.8% year-on-year in November 2022, while employment increased by 3.5% and wages rose 4.4%, according to the statistics ‘Sales, employment and salaries in large companies’ published by the Tax Agency.

The 1.8% increase in sales in November was 2.6 points lower than the rate registered in October. The data continues the trend of gradual moderation that has been registered in recent months, a reflection of the progressive closure of the base effects that were derived from the final phase of the pandemic during the year 2021.

Specifically, domestic sales increased by 1.2% in November, with a slowdown in the growth rate equal to that of total sales. Breaking down by destination, the behavior was heterogeneous, since while consumer sales significantly moderated their advance to 1.6%, capital sales picked up to reach 9.5%.

Among the latter, the dynamism of construction sales stands out, which resumed positive territory and rose 2.3% after being negative for nine months. For their part, sales of capital goods and software maintained the intense growth of recent months (+13%).

On the other hand, exports moderated again in November, up to 3.7%. The slowdown can be seen both in sales to third countries, which grew by 11.8%, and to the EU (+5.8%), although the latter, so far this quarter, seem to resist better this phase of greater containment.

UPDATE OF SALARIES DUE TO THE PRICE INCREASE

Regarding the number of recipients of work income, a fiscal indicator of salaried employment, the figure slowed its growth rate in November, although less than in the two previous months. Specifically, it increased by 3.5%, four tenths below the rate registered in October.

For its part, the average gross yield picked up again (4.4%), exceeding by three tenths that observed in October. In the year as a whole the increase is 3.7%.

As explained by the Tax Agency in its report, the greatest increase in average income in 2022, well above previous records (similar increases were only found before 2008), was mainly a consequence of the salary reviews that are being applied in these companies in response to the price increases that have been manifesting since mid-2021. 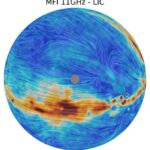