With the feast of the Baptism of the Lord, which according to the Orthodox calendar is celebrated on January 19, Russia also concluded the liturgical itinerary of Christmas and is now preparing to face the harshest time of winter. The Kreščenskye Morozi, the “Baptism frosts”, are the door that opens to the unknown, since the cold can become so intense that it prevents the arrival of spring and the rebirth of life. In fact, in many regions of Russia and Central Asia, these days are marking record negative temperatures, with averages of 20 degrees below zero and peaks below 40, which creates enormous supply and energy efficiency problems for large masses of people. .

The weather conditions, even with all the contingencies of climate change, keep the motivations high that make Baptism practically the biggest festival of Russian Orthodox devotion, superior even to the Easter rites. Bathing in ice-cold water in the kupel (baptismal font), the cross-shaped opening carved into the ice of lakes, is a ritual almost unique to the Russians, doubtless evoking many pagan and apotropaic traditions, but retaining its dimension of “apocalyptic spirituality”: if you survive triple immersion in the icy water of death, then you can really look forward to a new life.

If at Russian Easter few attend long liturgies, but many queue around churches to bless eggs and sweets, then at Russian Baptism the pilgrimage destination is not even the temple, but the kupel in the forest. According to data from the Ministry of the Interior, this year almost ten thousand “baptismal celebrations” were organized in the open air, where a million and a half people were submerged. The Kremlin spokesman, Dmitry Peskov, reassured the population that President Putin had submerged “in the Moscow province, according to his custom”, although there was still some perplexity due to the lack of videos and photos of the president inside the icy water. , evidence that in past years testified to the physical and moral integrity of the tsar. The perfidious Zelenskyj took the opportunity to mock his Russian rival, when he spoke at the political and financial summit in Davos, to say that “I’m not even sure that Putin is alive.”

Indeed, on other occasions Putin’s bath had raised some unknowns, because sometimes the movements of the head did not seem to be his, and above all because of the uncertainties regarding the sign of the cross, which he once even made to the latin way. On the other hand, assumptions about the president’s numerous doubles multiplied during the Covid years, when Putin’s few exits from the bunker on the outskirts of Moscow suggested the use of “avatars” to avoid the risk of contagion. Now the Baptism opens the season of the possible “end of the regime”, due to the great risks of military operations and the not-so-subterranean political confrontations around the Kremlin. The Christmas liturgy has also shown the loneliness of the leader, in a bulletproof vest and mournful gaze in the Kremlin’s Annunciation chapel, suggesting that at this point “Putin can only speak to God”, according to the expression of Leonid Gozman in Novaya Gazeta.

The leader’s public appearances, beyond the possible doubles, have become increasingly grotesque, with press conferences (increasingly rare) in which journalists are located “three tram stops away”, according to an expression popular, kilometer-long tables and New Year’s greetings against a background of motionless soldiers (probably a montage). A few years ago, the satirist Vladimir Vojnovič, who died in 2018, assumed that “Putin has already been taken to heaven, and from there he communicates with the people entrusted to him.” Others consider him the incarnation of Gabriel García Márquez’s novels, such as “The Autumn of the Patriarch” or “One Hundred Years of Solitude”. His confinement in the “bunker” has become a regular reference during the pandemic, and the ongoing war has further reinforced that similarity with the last stage of Hitler or, even more, with the fickle behavior of Stalin during the Nazi invasion. .

The many assumptions about his poor health, or death with subsequent resurrection, or possible psychic degradation, certainly do not help to understand what future awaits Russia, beyond the sense of disaster. The end of the frosts is already seen as a new and grandiose war mobilization of the population, although extending compulsory military service to at least half of the adult men who have not yet fled the country. Putin’s terror is transmitted to all Russians, to the point of creating an awareness of the imminent end, reiterating in speeches and exhortations that the true purpose of life is “to die for the Fatherland.” An apocalyptic message that is confirmed, on the other hand, in the homilies of Orthodox leaders.

Patriarch Kirill reiterated this “final” perspective during the celebration of the Baptism of the Lord at the liturgy he presided over, not in the large Cathedral of the Savior but in the smaller Church of the Epiphany, in Elokhovo, a less central district of Moscow, which it served as the patriarchal seat in Soviet times. He proclaimed that “the Lord came into the world to renew the conscience of men, helping them to form a new system of moral and spiritual values, thanks to which humanity has achieved great goals.” This path has not been “simple” but full of obstacles, but “today, here in 21st century Moscow, we feel the power of divine grace.” Without divine energy, “humanity would not exist for a long time,” warned the patriarch, “and today we know that there are new threats to the world and to our country that endanger all of humanity.”

The main referent of the Russian Orthodox affirmed that “some foolish men have thought that the great power of Russia, possessing extraordinary weapons, inhabited by strong men, motivated to achieve victory from generation to generation and who have never surrendered to any enemy but that they have always been victorious, they have thought that it is possible to defeat this people or, as some affirm, that it can be reformatted”, in the sense of imposing alien values ​​on them that “cannot even be called values”, so that they are like all others. others and submit to those who believe they control the entire world.That is why today “we must ask the Lord to enlighten these fools, because any intention to annihilate Russia means the end of the world.”

Therefore, a new awareness is needed, Kirill exhorts, of a “reciprocal dependence” that takes into account the fragility of the world in which we live, and that unites everyone in the recognition of “authentic values”, those that are represented for the orthodox faith. In conclusion, the patriarch says he is sure that “the Lord will not abandon the Russian land, he will be next to his leaders and our Orthodox president, our army.” Although it is necessary to “finally resolve differences and conflicts”, in the end everyone will be able to reconcile and calm down, and “the world will be better”.

Even the refrains of incessant propaganda – in the state media and in all Russian social structures, starting with the school – are increasingly in tune with the apocalyptic tones of the president and the patriarch, and all other state leaders and of the church. Christmas time has marked a fracture of consciousness, exalted precisely by the concluding feast of Baptism and by the unknown about the imminent “final offensive” of spring. The withdrawal from Kherson and the Kharkiv region in November led to the imagining no longer really of the conquest of Ukraine and its “purification”, but of a transformation of the war into the birth of a “new civilization”, in which Russia is joined Indochina, Africa and Latin America. A “non-West”, the nie-Zapad that is constantly repeated at every opportunity. Not a geographical contrast, but spiritual and global. Russia is the true East and the true West at the same time. And this new civilization is created by destroying false values, even at the cost of its own demise.

Many analysts are trying to understand whether the spring offensive will descend from the north into Belarus, to isolate Ukraine from Poland, or head towards kyiv to resume the initial goal of establishing a new government loyal to Moscow, and whether it will be possible to contain these threats. with new weapons and new strategies. It would be necessary to remember the tactic with which the Russians defeated Napoleon, who had invaded the empire with almost a million soldiers and reached Moscow, to witness the burning of the capital from the walls of the Kremlin. The decision was to self-destruct to defeat the enemy.

The most prophetic of Russian philosophers, Vladimir Soloviev, after vainly proposing a great union of peoples and religions, foresaw an epilogue to the story that he describes in the “Legend of the Antichrist”, in which only very few believers refuse to submit to the emperor, at the final council of Jerusalem. The apotheosis of power opens wide the gates of Sheol, the biblical hell, and the few survivors retire to Mount Zion, guided by the appearance of the “Woman Clothed with the Sun”, to start a new Christian era, without pretensions. of globalization or imperial civilization. The philosopher died in 1900, and since then we are already in the third world war, waiting for true peace to arrive.

“RUSSIAN WORLD” IS THE ASIANEWS NEWSLETTER DEDICATED TO RUSSIA. DO YOU WANT TO RECEIVE IT EVERY SATURDAY IN YOUR MAIL? SUBSCRIBE TO THE NEWSLETTER AT THIS LINK 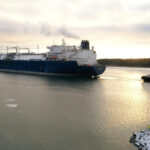