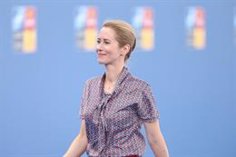 Russia has warned the United States about a point of no return in the bilateral relations of both countries if the bill proposal presented by parliamentarians of the US House of Representatives, which asks to declare Russia as a State sponsor of terrorism, goes ahead. .

This was stated by the director of the Department for North America of the Russian Foreign Ministry, Alexander Darchiev, in an interview with the TASS agency.

“I would like to mention the legislative initiative that is currently being discussed in Congress to declare Russia a ‘country sponsor of terrorism’. If passed, it would mean that Washington would cross the point of no return, with most serious collateral damage to relations bilateral diplomatic relations,” Darchiev detailed, issuing a warning to the United States.

The official of the Russian Foreign Ministry has indicated that, if the initiative goes ahead, the consequences could range from a weakening of relations between the two countries to even a complete rupture.

However, Darchiev has assured that he does not want to enter into “hypothetical speculations about what is possible and what is not possible in the current turbulent situation”, while condemning the fact that the United States has “trampled on International Law”.