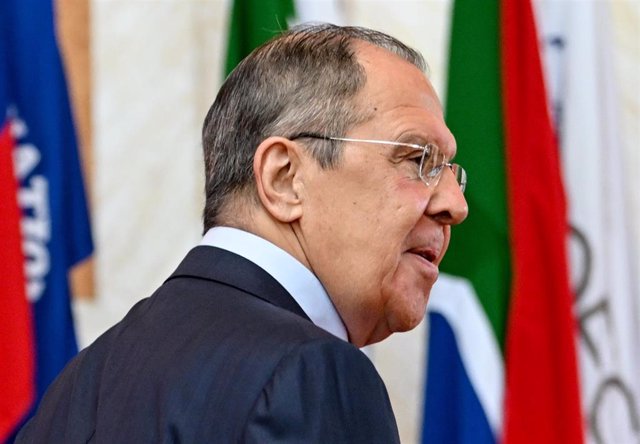 Russian Foreign Minister Sergei Lavrov has asked the United Nations Secretary General, António Guterres, to facilitate as much as possible the partial lifting of sanctions on Moscow for its invasion of Ukraine to facilitate the agreement signed on Friday. in Istanbul that resumes Ukrainian grain exports despite the conflict.

Lavrov, visiting Egypt, has declared that he has received guarantees from Guterres himself to negotiate these suspensions.

“The UN Secretary-General volunteered to get these illegitimate restrictions lifted and let’s hope he succeeds,” he said.

Although the sanctions do not affect the export of Russian food — the Istanbul agreement included a provision to lift warnings against the export of fertilizer — there are, in Lavrov’s opinion, a series of strictly commercial impediments that make it difficult for Russia to participate in the agreement. .

Thus, Lavrov has requested a further step to deactivate “illegitimate sanctions, which include insurance companies, access to foreign ports of ships and foreign ships to Russian ports,” according to statements collected by the Interfax agency.

Finally, the Russian Foreign Minister has reiterated “the commitment of Russian exporters of grain products to comply with all their obligations”, which may be affected by the Istanbul agreement.

It should be remembered that Russia launched an attack on the port of Odessa on Saturday, one of those mentioned in the agreement. Ukraine and the Western community have condemned the attack while Moscow has assured that it was a bombardment directed exclusively against military targets.