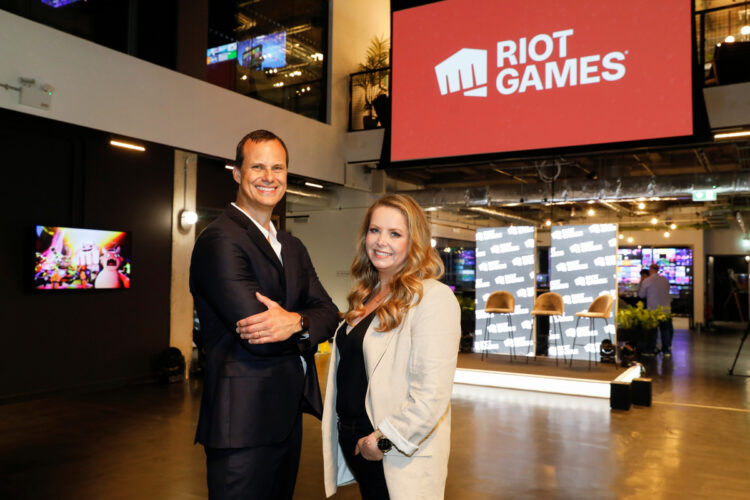 Over time, the esports industry has become a media phenomenon that attracts players and professional organizations from all over the world. All this thanks to the impact of many of its communities and major competitions such as the Worlds of League of Legends and the Champions Tour of VALORANTwhich distribute huge prize pools and manage to bring together millions of viewers on different streaming platforms.

To continue this constant evolution and stay ahead of the curve, Riot Games today celebrated the official opening of the first of its Remote Broadcast Centers (RBCs), which will make up the so-called Stryker Project. This new offering will take an innovative approach to global broadcast production, exponentially transforming your live esports productions globally.

“This is truly an exciting day for Riot, esports fans and gamers around the world,” said John Needham, president of esports at Riot Games. “The Stryker Project has come a long way from emerging as a visionary concept, to ending with this incredible cutting-edge creative space that further expands Riot’s footprint, and showcases the deep ties to entertainment and innovation found in Dublin. ”.

As the first of 3 global locations selected to host the RBCs, Ireland’s capital stood out as the ideal destination for its European headquarters due to the quality of its infrastructure, its position in the European market, local talent and its strategic location in the global esports ecosystem.

After extensive research in the Dublin area, Riot ultimately selected the space of the former Wright Venue in Swords, widely regarded as one of Dublin’s most iconic entertainment venues, and which will maintain its roots by bringing The Stryker Project to life.

Broadcasts of live esports competitions from around the world can be sent to RBC Dublin, where content will be produced, broadcast and distributed in multiple languages ​​to millions of fans around the world. In this way, this center will generate more than 6,300 hours of content per year with professionals from broadcast production, engineering, events, sound and graphic design.

In addition to content production, the RBC will also serve as a centralized storage and shipping location for global competition hardware, prioritizing quality control of products used by esports professionals at Riot’s global events.

And thanks to the Cisco and Amazon Web Services partnership, each of these will house a data center and media vault where content will be properly archived for future discovery and viewing. This will allow the Riot team to use advanced technologies to support video workflows and expand capacity for new titles and ideas, supported by state-of-the-art infrastructure.

“Everything we do at Riot is driven by the goal of bringing joy to the billions of esports fans around the world,” Needham added. “Project Stryker’s capabilities put Riot in a unique position to achieve that goal and revolutionize the sports broadcast experience for some of the world’s most passionate fans.”

Building a foundation for the future of sports and entertainment

At the moment, RBC Dublin has already started bearing fruit earlier this month with the Wild Rift Icons, and is currently supporting broadcasts of the VALORANT Masters Copenhagen.

As for the future of Project Stryker, Riot confirmed that the next RBC is currently in development in the greater Seattle area, with an estimated completion date of early 2023. The third and final RBC will be located in the Asia- Pacific and is scheduled to be fully operational beginning in the first quarter of 2024.

The hubs that will make up the Stryker Project will be strategically located 8 hours apart, to create a 24/7 streaming model that will support live esports productions 24/7/365.

“I can’t overstate how proud I am of our team at Riot who worked tirelessly to make the remote broadcast hub in Dublin a reality, and continue to work around the clock to move towards the next phases of Project Stryker, which will launch in the next few months. 2 years,” Needham concluded.

And you, what did you think of this news? What do you think the impact of Project Stryker will be for the esports industry? Tell us in the comments.

League of Legends is available for PC and Mac. Follow this link to see more news related to this MOBA. On the other hand, here you will find all our coverage on the world of esports.

The tourism sector is recovering in Costa Rica: what is happening in Nicaragua?