Search
This has been the journey of Artemis I, who returns to Earth this Sunday 2:05

( Spanish) — The historic Artemis I mission—an uncrewed test trip around the Moon using the world’s most powerful operational rocket—is drawing to a close.

Look at the amazing images of the Orion spacecraft, the Earth and the Moon 0:48

Orion, as NASA’s space capsule is called, will traverse the 384,400-kilometer (238,900-mile) gap that separates the Moon from Earth and is expected to plunge back into Earth’s atmosphere on December 11.

By the end of its journey, the Orion capsule will have traveled more than 1.3 million miles (2.1 million kilometers) in space.

But when and at what time will Artemis I return to Earth?

The end of the mission Artemis I

NASA says a cold front forecast for the San Diego area forced them to relocate to an alternate splashdown site, which is about 100 miles (160 kilometers) west of Guadalupe Island, Mexico.

The agency will share live views as well as coverage in English and Spanish before, during and after splashdown of Artemis I on your website and on NASATV. The broadcast will begin at 11 am ET on December 11.

The Artemis I mission will conclude by testing Orion’s ability to return to Earth safely, considering that its return will be the fastest and hottest of any spaceship on its way back to Earth.

Following the completion of the Artemis I mission, the space agency will choose a crew for the Artemis II mission, which could take off in 2024. The goal of Artemis II will be to send astronauts on a trajectory similar to that of Artemis I, flying around the Moon, but without landing on its surface.

This could pave the way for the Artemis III mission, the launch of which is planned for 2025, and in which a woman and a person of color are expected to land on the Moon for the first time. It would also mark the first human visit to the lunar surface in half a century.

What was the goal of Artemis I?

The Artemis I mission took off on November 16, when NASA’s SLS (Space Launch System) rocket launched the Orion capsule into space, cementing its status as the most powerful operational launch vehicle ever built. And it launched on a mission that went beyond the Moon traveling 2.1 million kilometers over the course of 15 days, 10 hours and 53 minutes.

The Orion spacecraft traveled farther than any spacecraft built for humans has ever flown, reaching 64,000 kilometers (40,000 miles) beyond the far side of the Moon, according to NASA.

And while there are no humans on board, Orion carried 54.4 kilograms of memorabilia, including toys, Apollo 11 memorabilia and three mannequins. While Orion’s commander’s seat was occupied by Commander Moonikin Campos, a suit-suited dummy who can collect data on what future human crews might experience on a trip to the Moon. The mannequin was wearing the new Orion Crew Survival System suit, designed for astronauts to wear during launch and reentry on upcoming missions. The suit has two radiation sensors.

This mission launched NASA’s Artemis program, which aims to return humans to the Moon and bring the first woman and first person of color to the lunar surface by 2025. Also, over time, make way for to human exploration of Mars. In addition, a series of scientific experiments were also carried out, some of which were set up when the rocket and spacecraft arrived at the launch pad. 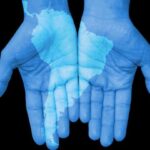