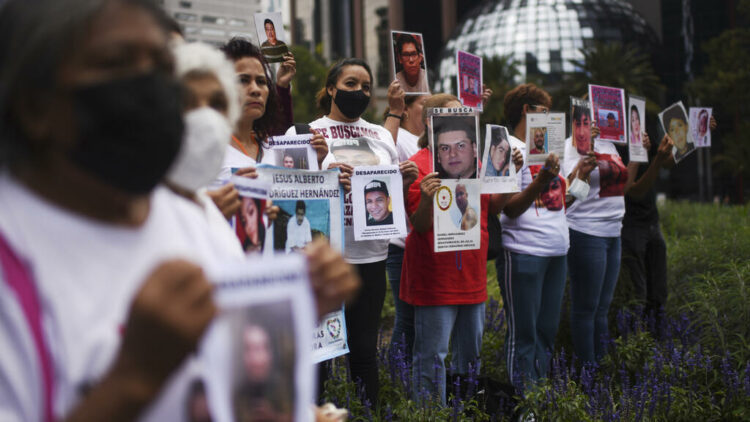 Mexico (AFP) – Relatives of the disappeared in Mexico marched this Tuesday, August 30, denouncing the ineffectiveness of the authorities in finding their loved ones, during the commemoration of the International Day of the Victims of Forced Disappearance, a crime that seriously impacts the country.

“Not only are we facing organized crime, but we are facing the worst crime there is, State crime,” Yoltzin Martínez, who denounces the disappearance of her sister, told AFP.

The woman lamented the role of “these officials who claim to be the representative and voice of the people, the voice of the victims and who have turned their backs on us day by day.”

Carrying large banners and numerous photos of their disappeared relatives, the protesters marched through the central Paseo de la Reforma demanding, with slogans and chants, concrete actions from the authorities.

From 1964 to date, Mexico records more than 105,000 missing and unaccounted for persons, according to data from the National Registry of Disappeared Persons.

But search groups and activists believe that the figure is much higher, since some families do not file complaints with prosecutors out of fear or mistrust.

For Noemí Calles, a member of a socialist organization, the march is not only “to remember” the victims but “to make visible” the cases that continue to occur in the government of leftist Andrés Manuel López Obrador.

“This scourge (…) remains in this administration that said it was for transformation,” said Calles.

Data from the National Registry confirm that during the government of López Obrador, which began in December 2018, the figures for missing persons per year -including those not located and located- are the highest since 1964, the first year for which data is available.

The efforts of the current government to face this crisis, such as the creation of a General Law on Disappearances and the formation of national search commissions, have been recognized by organizations such as the UN, which, however, insist that efforts must be redoubled.

“Even though there are changes in the discourse, even though institutions and laws have been created, family members still cannot find their loved one and that is the most important thing for them,” said Héctor Cerezo, a human rights activist who also participated in the march.

children 'pay the highest price' of the economic crisis