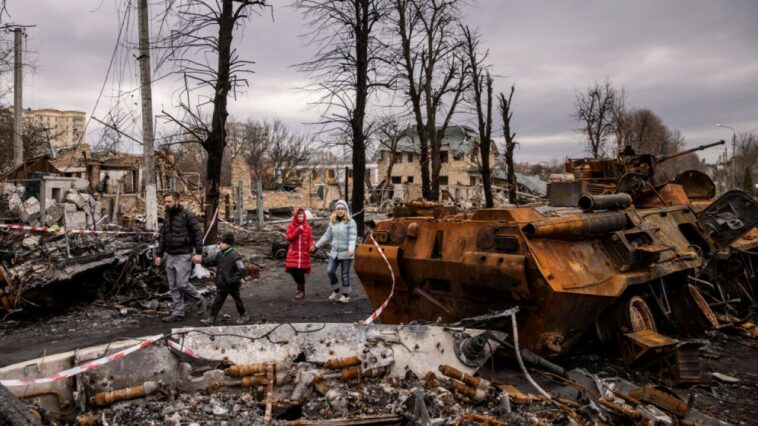 Expansión consulted with national leaders from academia, companies, banks and consultancies to find out what their economic predictions for this 2023 and this is what they told us.

How do you think the behavior of the Mexican economy in 2023?

It will depend on the evolution of the US economy since it is the destination of 76% of total Mexican exports. We assume that the US will grow 0.5% in 2023 and therefore the Mexican economy should expand 0.6% next year. This is under the assumption that the Fed would raise rates to 4.5% in 2022 and then lower them to 3.75% in 2023.

The Mexican economy will be affected by the slowdown in the global economy, particularly in the United States, its main trading partner. Exports will soften their growth, although they will prove relatively resilient, supported by the integration into value chains in the electronics and automotive sectors and by good prospects to benefit from the nearshoring of activities to Mexico. Tourism will continue its gradual recovery, which will further boost the job market in some states. Inflation, even at high levels, will let up somewhat and this will allow consumption to continue to be an important engine of growth. This will result in a slowdown in growth compared to 2022.

Employment in Mexico in 2023

How do you think the labor market will behave in Mexico during 2023?

With lower growth expectations for 2023, close to 1%, the labor market will weaken: there will be a rise in the unemployment rate, a drop in formal employment (IMSS affiliates) and greater underemployment. A simple rule is that to maintain employment levels it is necessary to grow at the economic growth potential, which is estimated at 2%, which is not going to happen.

We are facing less and less favorable growth expectations for the coming years, under the assumption that inflationary pressures will take time to dissipate. A restrictive monetary policy tends to weaken demand, which affects production and employment (if less is produced, fewer workers are hired). Continued aggressive increases to the minimum wage can have unintended consequences. This is worrying in an environment like the current one, in which producers have faced high prices for raw materials and logistics costs, as well as high uncertainty regarding how the demand for their products will behave in the future.

Headline inflation will begin to decline from the first months of 2023 to the extent that the dissolution of various supply shocks at a global level begin to be reflected in lower costs for companies. However, we estimate that this reduction will occur at a more gradual pace than what is anticipated by the consensus of analysts and Banco de México itself. This will be due to the fact that we anticipate that the price formation process will face certain challenges, such as registering high persistence, responding to higher medium- and long-term inflation expectations, as well as production costs that continue to be affected by salary increases. . We anticipate that this will make subjacent inflation –which corresponds to 75% of the weight of the INPC basket– show some downward resistance.

We are strongly convinced that inflation in Mexico in 2023 will be lower than in 2022, but also that it will still be well above Banxico’s target of 3%. There is already a downward trend in the prices of a large number of commodities, significant improvements in supply chains, and lower transportation costs than those prevailing until the first half of 2022. The expected economic slowdown in Mexico and the world, in an environment of high interest rates and still high inflation will also contribute to lower inflation, which we estimate at 4.6% at the end of the year, in contrast to the 8.6% estimated in 2022. However, we identify significant risks that the decrease in inflation is slower than expected, for example, due to the scarcity of some inputs or the emergence of new disruptions in the energy and food markets in light of geopolitical conflicts. Central banks still have a lot of homework to do.

What do you think needs to be done to attract more investment in 2023?

Starting the investment engine is a pending challenge for Mexico. A key element will be to provide more regulatory certainty to both local and foreign investors, particularly in sectors such as electricity and energy. An important element to provide more certainty to investors is that these sectors have independent regulators with adequate resources to fulfill their tasks. There is also room to reduce the cost and bureaucracy in the creation of formal companies, and thus facilitate investment. Mexico has been improving business regulations at the federal level, but there is room for improvement at the municipal and state levels, where there is great heterogeneity.

In the first place, to provide greater certainty, that there would not be so many changes in economic policy, because anyone who wants to invest wants to be more or less sure that things will remain the same, if not improve, and the initiatives and reforms that have been carried out in Mexico generate uncertainty and therefore may also be holding back the arrival of investment from abroad, especially if we talk about uncertainty that has to do with how companies operate, there is the case of the outsourcing reform, the significant increases in the minimum wage each year and possible changes in the Federal Labor Law. And in the case of Mexico, a good part of the investments that come from abroad have to do with manufacturing, with exports that go to the US, so the consultation process and the possibility that they become panels and then Trade sanctions against Mexico definitely affect and slow down the arrival of investments. It is also necessary to perceive an environment of greater rule of law and less public insecurity.

What is the main risk you see for the Mexican peso in 2023?

If Banxico follows a lower rate hike course than the Fed’s, we could expect a depreciation of the peso. In addition, the negotiations regarding TMEC will play a crucial role in the exchange rate. If these get complicated, we are likely to see more volatility and depreciation. In case of seeing strong increases in the level of indebtedness, they could scare away foreign capital. What do we expect?

Given the course of inflation, the comments of different members of central banks and the implicit economic and political cost of the USMCA negotiations, we estimate that in 2023 we will see a stable exchange rate, at levels slightly above 20, which remains strong relative to its Latin American peers and that it will definitely have some short periods of depreciation.

It will be a recession in the United States. Faced with this restrictive monetary policy that the Fed is implementing and that is not over yet, what we will possibly see will be a slowdown in aggregate demand, where consumption and investment will decrease and exports would therefore be affected. Possibly also (there will be an impact) via remittances, as we have seen in a normal crisis, since there is less disposable income, remittances will possibly be affected.

What is the main risk for the Mexican economy?

The biggest challenge that the Mexican economy will face in 2023 is the risk of a global recession that would definitely drag Mexico into a contraction, given the low countercyclical power faced by both fiscal and monetary policy. In fact, if the United States falls into recession, the Mexican economy could not escape the negative impact given its high dependence on the US economic cycle. Given the historically high elasticity of Mexican growth with respect to that of the United States, a recession in its neighbor to the north would amplify the Mexican economy. This would be complicated by the high inflationary levels that the economy would still face in 2023, which would reduce the room for maneuver of economic policies to mitigate the recessive impact. Ultimately this could lead to a recessionary situation with high inflation.

With information from José Avila and Luz Elena Marcos