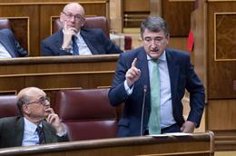 The Minister of Mobility, Transport and Urban Agenda, Raquel Sánchez, has assured that the problems suffered in the AVE line between Madrid and Extremadura are “normal in the first days” of service of an infrastructure of this type, while she has lamented that the operation has not responded to expectations.

He explained that some of the incidents have already been resolved, he has asked “apologies to the users who have been affected” and has promised to correct the situation in the coming days.

“There have been some incidents during these first days of the start-up. There are incidents that usually occur, which are normal during the first days in which an infrastructure of this type is put into operation,” he pointed out.

Sánchez explained that the Government is working “determinedly” to solve these problems as soon as possible and recalled the meeting between the Extremaduran government, Renfe and Adif this Friday to explain and take the necessary measures.

The British foreign minister believes that Putin "cannot be trusted"