The NATO Contact Group for Ukraine, meeting at the Ramstein military base, Germany, failed to resolve this Friday, January 20, the divisions over the supply of the German-made Leopard2 tanks, which kyiv urgently requests to face the war against Russia. Berlin resists sending these combat vehicles, despite pressure. kyiv, however, is optimistic about an eventual agreement on this matter.

There is still no decision on the delivery of Leopard2 tanks to kyiv by NATO allies.

After a meeting of more than five hours at the Ramstein military base, Germany, the Contact Group for Ukraine did not reach an agreement to send these German-made combat vehicles.

Defense ministry leaders opened the meeting hearing an impassioned plea for more military aid from Ukrainian President Volodymyr Zelensky, which he sees as crucial to strengthening his troops amid the relentless siege by Russian forces that invaded the country nearly 11 months ago.

Through a video link, Zelensky maintained that “terror does not allow discussion (…) the war started by Russia does not allow delays.” But kyiv’s request failed to convince all of its Western allies.

However, in a press conference after the meeting, the German Defense Minister, Boris Pistorius, assured that although there is still no resolution, “we will make our decisions as soon as possible.”

The official added that he had ordered his defense ministry to investigate the stocks of tanks in the hands of Germany to be prepared for a possible green light in this regard and “to act immediately.”

“I am very sure that there will be a decision in the short term, but I do not know what the decision will look like,” he stressed.

The motivations behind the discrepancies

Some NATO members stress that Germany would have to consent for the Leopard2 tanks to be delivered to Ukraine, which is not a member of the US-led political-military alliance.

Despite pleas from Ukrainian officials, Germany has so far resisted mounting pressure to quickly supply kyiv with such combat vehicles.

Berlin has not yet given authorization to the Leopard-owning allies, such as Poland or Finland, who have shown their desire to send them, although the German government has defended itself by pointing out that it has not received a formal request to do so.

The Leopard is considered ideal as many countries own it, which means they could share the burden of equipping the Ukrainian Army.

Poland’s defense minister, which has promised 14 Leopard tanks on the condition that other nations also supply them, said the 15 countries that possess them discussed the issue but made no decisions.

German Chancellor Olaf Scholz, whose Social Democratic party is traditionally deeply skeptical of military involvements and wary of sudden moves that could cause Moscow to escalate its fury against Ukraine or the West, insists Germany will only act in concert with allies. A position echoed by the new Defense Minister, Boris Pistorius.

“There are good reasons for the (tank) deliveries and there are good reasons against, and in view of the whole situation of a war that has been going on for almost a year, all the pros and cons have to be weighed very carefully.” , indicated Pistorius without going into details about the reasons.

The German minister also defended himself against the accusations of reluctance on the part of his government.

“Clearly there is no unified vision. The impression that has emerged from time to time, that there is a closed coalition and that Germany stands in the way, this impression is wrong.”

But Ukrainian leaders and kyiv supporters have repeatedly criticized Germany for what they see as a delay in critical wartime aid from Moscow.

American and German officials have given mixed signals about whether Berlin is hesitant to provide the Leopards unless the United States provides Abrams tanks.

Washington has also resisted providing its own M1 Abrams tanks to the attacked nation, citing logistical challenges and extensive and complex maintenance work on those high-tech vehicles.

The Biden Administration believes that it would be more productive to send German Leopards since Ukrainian troops would need less training to use them, unlike the Abrams.

While kyiv’s allies maintain differences, which delay sending the tanks, the conflict escalates and kyiv insists on its need to repel Russian troops from the Ukrainian territories where they have claimed control.

But the outlook is not encouraging, according to estimates from the United States. This Friday George Brown, Chairman of the US Joint Chiefs of Staff, assured that Ukraine would have a difficult time expelling all Russian forces this year. 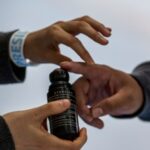