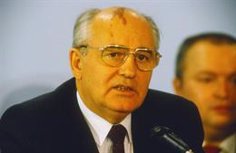 The protocol changes due to the monarch’s health problems

Queen Elizabeth II will receive the replacement for the current Prime Minister, Boris Johnson, at the Balmoral residence and not at Buckinham Palace, so for the first time in the history of the United Kingdom, the transfer of powers will take place in Scotland.

After Johnson’s resignation, his successor in the Conservative Party, a choice that has finally been made between the current Foreign Minister, Liz Truss, and former Finance Minister Rishi Sunak, will attend Balmoral next Tuesday, September 6.

As usual, the outgoing prime minister makes a statement outside 10 Downing Street before embarking on his last trip as leader to meet the queen, a meeting that until now has been held in Buckingham.

Subsequently, the successor meets with the British monarch, as established by protocol, and the candidate is invited to form a government, after which they go to Downing Street, where they meet, according to the newspaper ‘The Guardian’.

However, Elizabeth II is 96 years old and her health is increasingly fragile, so, after spending her holidays at Balmoral, she will not travel back to England for health reasons, as reported by the BBC.