Pyongyang claims to have defeated Covid-19 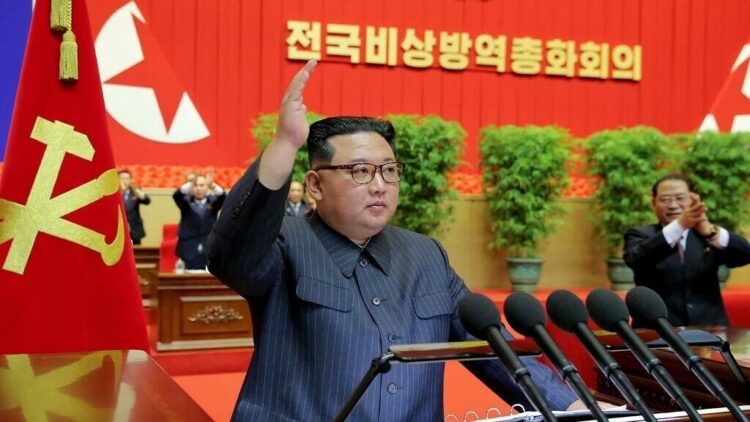 North Korean leader Kim Jong-un claims he has won the battle against Covid-19, which appeared on North Korean soil just three months ago, according to state media. Pyongyang says no new “fever cases” have been reported since July 29, after peaking at nearly 393,000 on May 15. The North Korean dictator himself suffered from the disease, according to his sister.

Chairing a meeting with health workers and scientists, Kim Jong-un announced on Thursday the “victory … in the war against the malignant pandemic disease,” according to the state news agency KCNA.

The Covid-19 is wreaking havoc among the enemy brothers. While North Korean leader Kim Jong-un has just announced the victory of the anti-epidemic campaign at a national meeting, his younger sister and deputy head of the Workers’ Party Central Committee, Kim Yo-jong, accuses South Korea of ​​throwing the North pamphlets infected with the coronavirus in balloons. This is a reference to leaflets sent out by groups of North Korean defectors based in the South.

According to an article published this morning by the North’s Korean Central News Agency (KCNA), she is quoted as saying that the North is ready to respond “not only by exterminating the virus, but also by eradicating the South Korean authorities.” A violent accusation that is part of the war of words that the hermit kingdom constantly revives to reinforce internal unity and, in this case, to absolve itself of any responsibility in the Covid-19 crisis.

Aware that the North could use its repeated accusations as a pretext for further military provocations, Seoul denounced the “baseless claims” and said it was firmly prepared for “all possibilities.”

The North Korean dictator had covid-19

In other information from this agency, the leader’s powerful sister revealed that the president himself fell ill during the outbreak.

Kim “had a high fever during the days of this quarantine war, but he couldn’t lie down even for a moment because he was thinking about the people he was responsible for,” the sister said.

It is the first time that a senior North Korean official has revealed that his leader, whose health is always under close scrutiny by analysts, was infected with the virus.

The communist regime has one of the worst health systems in the world, with poorly equipped hospitals, few intensive care units and no anti-Covid treatment or vaccines, experts say.

In contrast, South Korea, with a much more advanced health system and a large percentage of the population vaccinated, has a fatality ratio of 0.12%, according to official data.

15 soldiers killed in a double attack

Prey, the new Predator movie, was inspired by God of War