Peru promised this January 25 before the UN to investigate the complaints of excessive use of force by the Police in the midst of the protests that are shaking the country. The announcement comes a day after one of the most violent days of demonstrations, in which at least three journalists were injured. The activists challenge to continue in the streets, while the Government of Dina Boluarte evades the demands of immediate general elections and clings to power.

A crisis that seems endless. The sound of pellet shots and the smoke from tear gas flood the streets of the capital of Peru, in the midst of a struggle between protesters who demand the total renewal of the Government and an Administration that extends its permanence in office.

Demonstrations and roadblocks continue on January 25, which is why thousands of trucks remain stranded on inter-municipal roads.

The actions, which are extended in the face of social discontent, have raised the response of the Executive, which in the last few hours announced that it had sent more than 500 soldiers to the region of Puno, in the south of the country and one of the most affected by the confrontations. , to raise the barricades.

In addition, the Government reported that it extends the mandatory social immobilization in Puno for ten more days; decision that extends the curfew and is complementary to the state of emergency declared until next February 15.

On the other hand, the authorities announced that the Cusco airport, a gateway to the iconic and tourist Machu Picchu, was once again closed due to the protests that impacted the region.

The site declared a World Heritage Site was also closed indefinitely on January 21 amid riots that have spread to different regions of the country.

The new government measures come one day after one of the most violent days since the protests began on December 7 and in which at least three journalists were injured. Among them were two photographers, one from the AFP agency, who were hit by pellets and stones while they were covering the clashes in downtown Lima.

A panorama that increases the concerns of organizations defending freedom of the press. The National Association of Journalists demanded an end to police repression and the granting of guarantees to the work of communicators, as well as the right to protest.

In addition, the United Nations Organization urges the Peruvian government to investigate the complaints about alleged police abuse during the demonstrations.

Faced with this call, the ambassador of the United Nation in Geneva, Luis Chuquihuara, promised that his government would investigate the accusations. “If there has been any excess, it will be investigated,” he said.

Even so, the official qualified when declaring that there are necessary responses from the Public Force. “Peru is committed to peaceful social protests, but when unfortunately a minority sector of the protesters has committed violence against State property or against other citizens, the forces of order have tried to restore social peace,” Chuquihuara remarked.

Since the protests began almost two months ago, at least 56 people have died, 45 of them as a direct result of the clashes.

Tuesday’s march, the largest in the past week, turned violent as protesters, some carrying metal shields, hurled rocks as police responded with tear gas, according to witnesses. Several people were arrested.

“There is no truce with Boluarte”

The activists gathered in the capital, the majority indigenous and peasants who arrived on foot and by bus last week, are not giving up on their demands. Many of them dismiss the “national truce” that the president requested to direct a dialogue and put an end to weeks of riots throughout the country.

“There is no truce (…) We are going to stay in the streets until they remove Dina Boluarte and remove Congress,” challenged one of the protesters after a new day of the great march in the capital, where they ratified that they demand the resignation of the president and the call for early general elections.

In a press conference with foreign media, Boluarte, visibly moved, apologized several times for the deaths in the demonstrations.

But his statements with which he held the activists responsible for the violent acts distance for now any possible conciliation.

The president maintained that illegal miners, drug traffickers and smugglers formed a “paramilitary force” to seek chaos for political ends. She also stressed that the numerous roadblocks across the country and damage to infrastructure have cost the country more than 1 billion dollars.

“We cannot have a truce when she does not tell the truth,” replied Blanca España Mesa, a 48-year-old protester.

Boluarte also ruled out leaving his position as the protests demand.

“I will leave once we have called general elections (…) I have no intention of remaining in power,” said the head of state, who on Wednesday ratified that in the next legislature, scheduled for February, Congress would ratify the early elections for April 2024.

However, after the dismissal of Pedro Castillo, on December 7, whose Administration was elected until 2026, thousands of protesters demand the renewal of the Legislative and Executive branches immediately, as well as a change in the Constitution that avoids new abrupt collapses of the elected governments.

The departure of the left-wing ex-president has sparked anger especially in the more impoverished southern regions where the mainly indigenous inhabitants felt that Castillo, with indigenous roots, represented their interests rather than members of Lima’s elite.

His ouster is seen by rural residents as a coup by Congress against a democratically elected president. But the wave of protests also shows a deep political, social and economic division that has crossed the country for decades.

With Reuters, AFP and local media 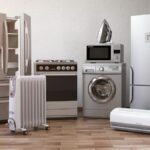 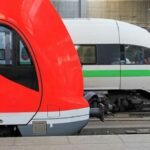