Pokémon Scarlet and Purple show off the new Paldea region, Pokémon Koraidon and Miraidon, and teracrystallization 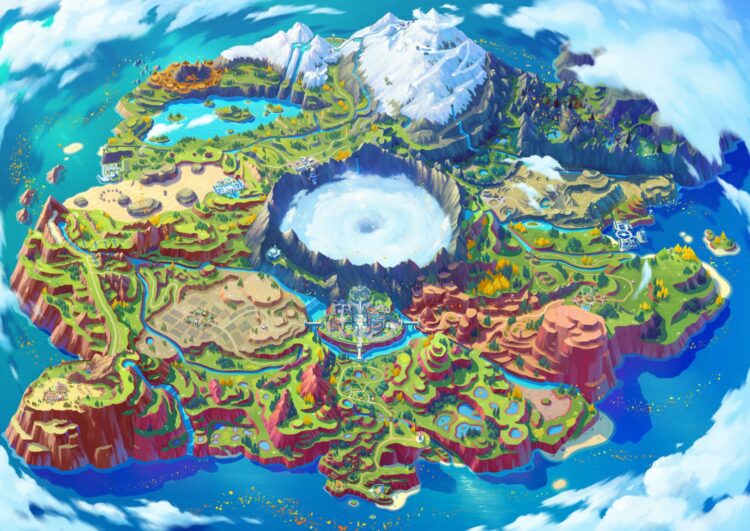 32
SHARES
230
VIEWS
Pokémon Scarlet and Pokémon Purple have been the main protagonists of the latest edition of Pokémon Presents. During the event, a new trailer for the open world RPG for Nintendo Switch focused on Paldea, the region where the new adventure will take place, was shown. The legendary Pokémon Koraidon and Miraidon have also been seen, two specimens that can be ridden by land, sea and air. In addition, teracrystallization has been discovered, a phenomenon that makes Pokémon shine and enhance their type.

Paldea is described as “a vast region filled with lakes, high peaks, wastelands and rugged mountain ranges”. During their journey, players will meet other Trainers who are also exploring the region, as well as the many people and Pokémon that live together in its various locations, ranging from farming communities to a port city. Pokémon inhabit all of Paldea and can be found in every corner of the vast natural landscapes of the region.

In order not to miss anything, the players will be accompanied by the SmartRotom, a device that has different applications and functions. “On this occasion, the Pokédex will be an application and you will be able to consult it from the SmartRotom, just like the map,” explains The Pokémon Company. “You will have the complete map of the region on your device, where you can see your location at all times. You will also have access to all kinds of information, such as nearby towns, Pokémon Centers and wild Pokémon.

Regarding the legendary pokémon, Koraidon will be available in Pokémon Scarlet, while Miraidon will appear in Pokémon Violet. Both will accompany the player on their adventure and are able to adapt their shape to the terrain, an ability that allows them to run on land, move through water and fly. On the other hand, the event has also commented that the pokemon Larvitar and Stonjourner are exclusive to Pokémon Scarlet, while Bagon and Eiscue only appear in Pokémon Purple.

Pokémon Scarlet and Pokémon Purple will be available on Nintendo Switch on November 18.