Player Earns Thousands of Dollars With Overwatch; level up accounts and sell them 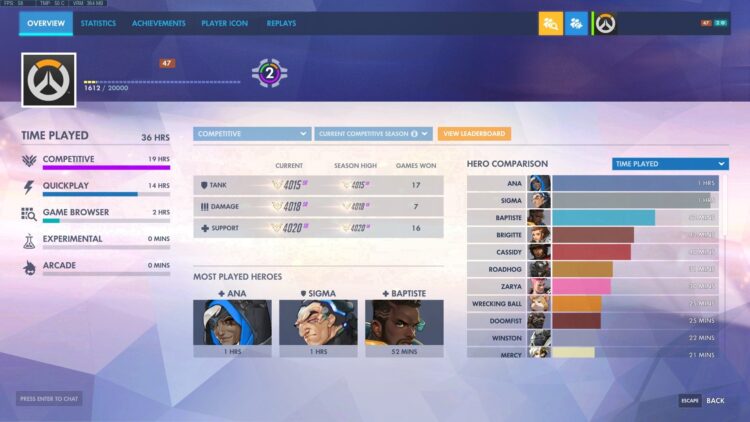 For better or worse, the sale of video game accounts is a booming and increasingly popular business. As proof of the above, we have the case of a player from Latin America who claims to earn large sums of money by leveling up other people’s profiles or selling his accounts from Overwatch.

In declarations for the portal Tarreo, the Chilean businessman shared his story and some details of his interesting job. There, he explained that he earns monthly income of around $1,800 USD by trading Blizzard hero shooter accounts and leveling up third-party profiles.

That’s right, this individual earns so much money for the simple fact of playing, although he advanced that his work requires seriousness, discipline and discretion. In addition, he confesses that he now has a whole team of people who help him with his work and vice versa.

The player, who wanted to remain under the veil of anonymity, clarifies that most of his clients come from the United States and Europe, since in Latin America they charge little. He ensures that the prices of his orders vary according to the requirements of the buyer. For example, he explains that leveling up a profile costs between $50 and $500, while the average he usually sells his accounts for is $80.

In his chat with our friends from Tarreo, the gamer states that he tries to fulfill his orders in a period of 3 days and that he usually spends about 22 hours per profile. Likewise, he details that he often uses Discord forums, pages and servers to expand his reach and contact potential clients.

The player is aware that what he is doing is illegal, which is why he takes many preventive measures. He relates that when he creates new accounts, he never uses his real data and that he always changes his IP address through a VPN. Of course, he confesses that, so far, he has already been banned up to 6 times because he made a mistake in the process.

Although Overwatch is far from being the most popular multiplayer video game on the market, this person’s business saw a boost thanks to the health contingency. He explains that, since the start of the COVID-19 pandemic, he took his work more seriously and generated 900% more income.

“I could not specify something specific, but to give an example right now there are 5 accounts in the top 500 cooked by me. Maybe right now there is one in the top 15, who knows, ”replied the Chilean player when asked what is the best feat of his in terms of Rank in the game.

In case you missed it: Will Overwatch 2 skins cost $45 USD? Blizzard talks about the controversy

It is worth noting that the user only shared screenshots to check their legitimacy. Because his identity is unknown, it is impossible to know for sure if he is indeed telling the truth.

“Unfortunately, the niche of top players in Chile is so small that any answer would give you an indication of who I am, but I can assure you that I did not play in the Overwatch League,” said the player when asked if he plays professionally. .

But tell us, what do you think of this person’s initiative? Let us read you in the comments.

You will find more news related to Overwatch if you click here.