They will close at least 175 “pogos” that had expired or revoked licenses. The Chinese government supports the decision. Several Philippine senators had also asked President Marcos Jr to limit gambling-related activities because they attract crime.

Manila ( / Agencies) – The Philippines has decided to repatriate 40,000 Chinese workers employed in casinos, which are locally called “pogo” (acronym for overseas gambling operators). President Ferdinand Marcos Jr.’s decision responds to the request of some senators who in recent days had insisted on illicit traffic related to gambling.

Already in 2020, the Philippine Anti-Money Laundering Council had pointed out the high vulnerability of the sector to financial crime. A report by Philippine lawmakers released in January this year had found “clear links” to human trafficking and recommended prosecution of the immigration officials involved.

Senator Koko Pimentel affirms that pogos, even legal ones, favored the entry of unwanted citizens: “So, what is the best way to solve this problem? Simplify everything. Ban pogos”, he told .

Said and done: as of October, 175 casinos will be closed, which in 2016 had received the approval of the previous government headed by Rodrigo Duterte. As in other countries in Southeast Asia, the sector has grown exponentially thanks to the illegality of gambling in China, where it has been prohibited since the founding of the People’s Republic of China in 1949. Department of Justice spokesman José Dominic Clavano explained that the closed pogos had their licenses revoked or expired: “The offensive was triggered due to the denunciation of homicides, kidnappings and other crimes committed by Chinese citizens against their compatriots.”

The Chinese government, which had repeatedly called on Manila to end gambling activities, has spoken in favor of the repatriation of compatriots, which will start next month.

Senate Majority Leader Joel Villanueva recently introduced a law against internet gambling, under which gamblers can receive six months in jail and fines of up to $8,170. Opponents claim that they are extreme measures: data from the Ministry of Finance shows that in 2020 the income from taxes on casinos was 122 million dollars. With the pandemic hitting the Philippines hard, many operators have relocated to Laos, Cambodia and Vietnam.

The following year Manila imposed a 5% tax on gambling income and a 25% income tax on foreigners employed in the sector. As a result, even more operators left the Philippines. In many Southeast Asian countries, casinos are synonymous with forced labor and internet scams. Malaysia recently announced the creation of a commission to rescue migrants who have been victims of internet scams in the Mekong region.

Real estate consultancy Leechiu Property Consultants estimates that a total closure of the pogos in the Philippines would leave 1.05 million square meters of premises empty and deprive the country of 151 million dollars in annual income. Casinos contribute $3.2 billion a year to the Philippine economy and employ approximately 201,000 Chinese and 111,000 Filipinos. 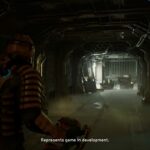