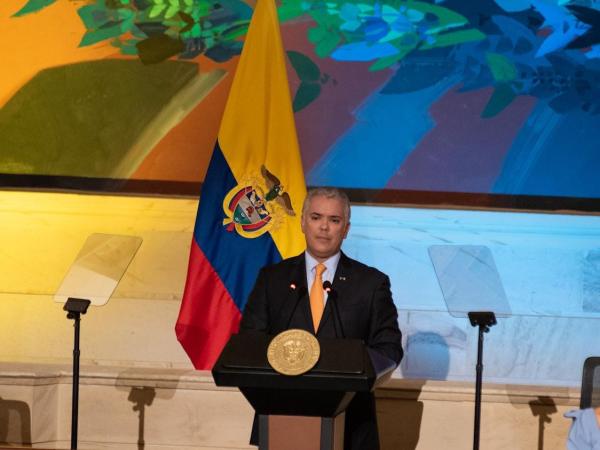 In 2013, before a conference of the Inter-American Development Bank (IDB), the book was presented ‘The Orange Economy: An Infinite Opportunity’, written by the current President of the Republic, Iván Duque, and by Felipe Buitrago (Minister of Culture between 2020 and 2021). The book detailed the possibilities of the creative industries as an economic engine. This sector stood out for being one of the flags of this Government.

Also in recent years, the National Statistics Administrative Department (Dane) designed a satellite account to measure the contribution of this sector to the economy, which in 2021 represented 2.61% of the gross domestic product (GDP), just over $27.75 trillion.

The latest report of the orange culture and economy satellite account showed that the subsector with the highest participation in 2021 was functional creations, with 51.3% of the added value and a contribution of $14.2 billion. In this stand out the segments of digital media and software, these being the most important in the sector with $8.9 billion; design and advertising.

arts and heritage contributed $7.6 billion, 27.7% of the added value. They include the visual arts, performing arts, heritage, manufacturing activities of the orange economy, and cultural tourism, among other activities.

(See: Liquor exports rose 34% between January and May).

While in thethe cultural industries On the other hand, there are the segments of publishing, phonographic, audiovisual, and news agencies and other information services. These activities contributed $5.82 trillion in 2021 to the economy.

According to the Ministry of Culture, this Government mobilized resources for more than $24 billion for the sector, in order to strengthen the cultural and creative industries in the country. Among the advances highlighted by the portfolio is the creation of the Orange Development Areas, spaces within cities and municipalities where cultural and creative activities converge with an economic boost approach. The country has 95 areas in 50 municipalities.

In addition, Mincultura highlights measures such as exempt income for orange economy companies (dedicated to cultural, creative and technology-based activities) that have benefited 1,098 entrepreneurs and businessmen.

After the pandemic, recreational and entertainment activities are among the sectors with the highest growth and recovery rates, due to the reopening, and there are several orange economy.

Juan Camilo Pardo, economist and researcher at Corficolombiana, points out that “the dynamism of the sector is aligned with the upward trend that can be seen in the ‘startups’, for example”.

(See: Social protection and other sectors in which the Government spent the most).

“More and more young people and adults take the risk of creating their own companies, which are connected to technology services. We already have two unicorns in the country and surely in the coming years there will be more”, says Pardo, who points to the appetite of investors.

But in the case of cultural activities, ensures that “it’s hard to tell. When you look at entertainment GDP figures, this sector of the economy is being driven primarily by gambling and sports and recreational activities including football matches, social clubs and amusement parks.”.

Likewise, Jorge Armando Rodríguez, Dean of Economic Sciences at the National University, emphasizes that The so-called orange economy has been greatly affected by the pandemic period. “In 2021, the GDP attributable to this subsector was below that observed in 2019 (5.8% less in real terms). Employment was hit even harder. In 2019 there were 644,000 people working in this type of activity; in 2021 they barely exceeded 600,000 people. The fall in employment was 6.7%”.

In addition, Rodríguez points out that it is important to evaluate the effect of the tax benefits granted to the orange economy by the Duque government, especially in view of a future tax reform in the new government.

“The results in GDP and in employment cast doubt on the potential of this kind of benefits. Although the impact of the pandemic should be discounted, there are reasons to think that Colombia needs a greater and better provision of public goods and services instead of granting preferential tax treatment”.

Iván Duque has been a great promoter of the orange economy.

(See: Foreign investment record in the first semester: how much money arrived).

Community gardens, a place where the indigenous women of Venezuela can feel safe