The Kenyan opposition leader and former prime minister Raila Odinga has demanded on Monday the resignation of the cabinet of the president, William Ruto, after criticizing the result of the general elections last summer.

Odinga has argued at a rally addressed to his supporters in Nairobi that the August 2022 elections “were stolen” in favor of Ruto, so the current Kenyan government is “illegitimate”, according to the Citizen Digital media.

“We demand that the central government resign since it has neither the mandate nor the capacity to govern the country,” he indicated, insisting that his party “does not recognize nor will it recognize” the country’s current Executive.

It is not the first time that Odinga, backed by the outgoing president, Uhuru Kenyatta, has rejected the results of the elections in which Ruto won with 50.5 percent of the vote, alleging fraud. In addition, he refused to attend the inauguration of his successor, which took place on September 13.

The Supreme Court of Kenya rejected in September the appeals presented by the opposition and endorsed the victory of Ruto, until then vice president of the country and estranged from Kenyatta due to his constant tensions in recent years.

Last week Ruto denounced the existence of a plot to kidnap and assassinate the head of the electoral commission, Wafula Chebukati, after the ratification of his victory in the presidential elections last summer.

“Those were hard, cold and lonely moments, the threats were great, but the promised rewards have been abundant,” he said, before accusing the “system” of this alleged plan to assassinate Chebukati. 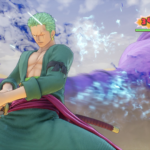