Epic Games is unifying the different applications of Fortnite so that all of them have the ‘online’ services of the developer, something not compatible with old versions for iOS, MacOS and Android still installed on users’ devices, which will be more limited at the end of the month.

The developer has warned users that the Fortnite ‘apps’ for Android, Mac and iOS with version 13.40 August 2020 they will lose new features from January 30th.

This decision will remove from these old versions payment with V-Bucks and will require users to have 18 years to be able to continue playingas detailed in a post on Twitter.

Beginning January 30, Fortnite players using the August 2020 13.40 app build previously available on iOS, Mac, and Google Play can no longer spend V-Bucks and must be over 18 to play. (1/2)

The reason is that Epic Games is unifying the tools and functions in all the Fortnite applications, which are collected under Epic Online Services. These include a number of parental controls and verifications as well as preset shopping features.

These are features that Epic can’t update on old apps given the restrictions placed by Apple and Google on Fortnite. This situation originated in August 2020, when Epic Games implemented its own payment system in the Fortnite applications present in the App Store and Play Store stores. Since the use of external gateways is not allowed, both Apple and Google removed Fortnite from their respective stores, which led to a dispute between Epic and the two technology companies.

Users who downloaded Fortnite from the App Store and Play Store before that date were able to continue playing the game on their devices, but they have not gotten any updates since then.

Recently, Epic Games has anticipated the return of Fortnite for iOS, which is expected to occur this year. Currently, those who do not already have it installed can play on iPhone and iPad through the service Nvidia GeForce NOW.

Although Fortnite was also removed from the Play Store, it is still present for Android devices as users can find it on The Galaxy Store for Samsung mobiles or download it directly from Epic’s website. 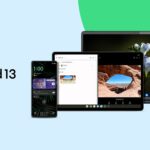