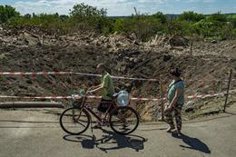 They Caught A Rare, Scary-Looking Shark, And It Baffles Everyone

As confirmed in a statement by the Russian Foreign Ministry, this decision by the Kremlin is in response to the similar decision made by the authorities of the oceanic nation, collects the Russian agency TASS.

The Russian diplomatic portfolio has accused Canberra of “intensifying Russophobic sentiments” and delving into the policy of sanctions against the Eurasian country in response to the war declared in Ukraine nearly five months ago.

Previously, Australia had already presented a first package of sanctions against Russian citizens suspected of corruption offences, as well as against those who, according to the Australian authorities, were “involved in the death” of lawyer Sergei Magnitsky.

disappointment in the population by President Wickremesinghe