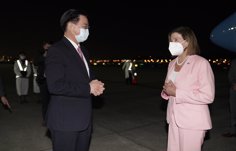 North Korea has supported China in its position for the visit to Taiwan of the president of the US House of Representatives, Nancy Pelosi, and has questioned whether the United States wants to safeguard peace in the Taiwan Strait.

“The United States is always attacking mainland China using the slogans of ‘international order based on relations’, as well as showing its opposition to the ‘unilateral change of the current situation in the Taiwan Strait,’ a Foreign Ministry spokesman said. North Korean, according to the KCNA agency.

“The United States is not qualified to say such words. There is only one China in the world, and Taiwan is part of China. The PRC is the only legitimate government that represents China. This is the real situation of the Taiwan issue and there is no other situation except that,” added the spokesman.

In this sense, Pyongyang has assured that the US attempt to “contain China using Taiwan” is nothing more than “a bet for war”, while warning the Biden Administration that “those who like to play with fire are destined to be burned alive”.