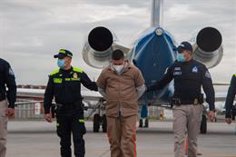 The Nigerian Armed Forces have rescued one of the more than 200 girls who were kidnapped in April 2014 by the terrorist group Boko Haram in an assault on a secondary school in the town of Chibok, in Borno state (northeast).

“You will remember that a few weeks ago we rescued two girls from Chibok and their children, I would like to inform you that we have rescued another in the course of our operations,” said one of the commanders of the Armed Forces in the east, Christopher Musa, as collected by the Nigerian news portal The Trent.

Operation Hadin Kai troops have confirmed the rescue of Ruth Bitrus, who has escaped from Boko Haram captivity with her son.

Bitrus has indicated that he had escaped from the insurgents’ camp after a bombardment by military troops. He has also explained that the father of his baby was killed by a bomb in the Boko Haram camp.

A month ago, troops rescued two Chibok girls, Mary Dauda and Hauwa Joseph, after they escaped from the Boko Haram camp in Gazuwa, located about nine kilometers from the Bama Local Government Area in Borno, it has been reported. ‘The SunNigeria’.

The two young women had a year and a half children and, according to the authorities, had been forced to marry other terrorists after their first husbands died in military operations.

Boko Haram kidnapped more than 270 children from a Chibok high school in April 2014, although some of them managed to escape. Her abduction generated a wave of international condemnation and mobilization under the slogan #BringBackOurGirls, despite which nearly a hundred are still being held.