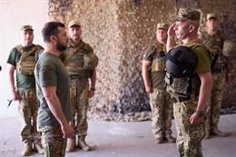 The Minister of Justice of Nigeria, Abubakar Malami, has assured that the authorities of the African country will not interfere in the judicial process in the United Kingdom against a prominent Nigerian senator and his wife.

Nigerian senator Ike Ekweremadu and his wife, Beatrice Nwanneka Ekweremadu, are accused by the British Justice for a case of alleged organ trafficking by sending a 21-year-old Nigerian to the United Kingdom.

British prosecutors accuse Ekweremadu of planning to remove a kidney from the young Nigerian so he could implant it into his daughter. The Court has not yet received any type of appeal by the accused party.

The hearing is scheduled for May 2023, when a Supreme Court judge in the UK capital, London, hears the case, according to the BBC.

“It has never been the tradition of the Nigerian government to interfere in anything judicial, local or international. And that is the position of the government,” Malami said at a press conference, according to local media reports.

In this sense, he stressed that Nigeria has a “mutual legal assistance agreement with the United Kingdom” through which Nigeria “will respond accordingly” to any request from British agencies.

Lending fintech points to the creation of digital ecosystems