Niger has become a key piece in the Sahel puzzle thanks to the fact that it can boast of being a stable and democratic country in a chaotic environment in which jihadists are gaining ground and military coups are the order of the day in its neighbors. Mali and Burkina Faso, and the government headed by Mohamed Bazoum makes it proud.

The Sahel “is going through a difficult time, a chaotic situation, but our country remains, we are a stable and democratic country in a context like this,” claimed the Nigerian Foreign Minister, Hassoumi Massoudou, a few days ago, after meeting in Niamey with the head of Spanish diplomacy, José Manuel Albares, who did not hesitate to commend this fact.

However, it has not always been so. Niger, one of the poorest countries in the world, has registered four coups since its independence from France in 1960, the last one in 2010. At the end of March 2021, the last coup took place, in this case a failure, so just two days before Bazoum took office after leading the first democratic transfer of power in the country.

In the almost two years that have elapsed, Niger has seen how Mali suffered a new coup in May 2021 within the coup of August 2020 and Burkina Faso emulated its neighbor with a double military coup in January 2022 and again in September, what which has brought with it the international isolation of Bamako, to a greater extent, and also of Ouagadougou.

By contrast, Bazoum has emerged as a key player in the region where all eyes are now focused, especially since France completed the withdrawal of its troops from Mali last summer and, together with other countries, seems to be headed in the right direction. make Niger the main base for its actions against jihadism in the Sahel.

AT THE CROSSROAD OF ALL CRISES

And this has been possible despite the fact that, as Massoudou stressed, Niger is “at the crossroads of all the crises in the region.” The Nigerian minister specifically cited the persistent instability in neighboring Libya after the fall of the Muammar Gadhafi regime, as well as the double presence of jihadist groups in its territory, in the Lake Chad area, in the east, and on the border with Mali and Burkina Faso, in the west.

Niger, wielded its Foreign Minister, has managed to face all of this while adapting and increasing the potential of its Armed Forces, which have been reorganized “to be able to face these new threats.”

In addition, since “terrorism is a global phenomenon,” the country has also proceeded to renew its alliances, he added, since with its “partners” they share “enemies” whom they all want to fight. These alliances, he indicated, happen above all with European countries such as France, Germany, Italy or Spain, but also the United States, and provide the country with intelligence information as well as training and support for its Armed Forces.

Bazoum’s government has opted for more than a strong presence of foreign troops in Nigerien territory, like the one that existed at the time in neighboring Mali and that did not prevent jihadist groups from extending their tentacles to neighboring countries, on the other hand, smaller and focused on improving the capabilities of its own troops.

This explains why the new military mission agreed by the EU is to provide logistical support and advice to the Niger Army. The objective is to help implement a security plan that culminates in the establishment of a technical training center for the Armed Forces that provides specialized training and supports the creation of a new communications and command support battalion. The mission will be reduced in number, between 50 or 100, and for now Spain has no plans to participate in it.

REGIONAL ALLIANCES AND NOT RUSSIA

But Niger has also opted to strengthen its ties with other countries in the region. Thus, it is part of the G5 Sahel together with Burkina Faso, Mauritania, Chad and Mali, although this country has suspended its membership a few months ago.

The defense ministers of the four member countries agreed on January 10 on the creation of a Coordination Staff that will be based in Niamey and the start-up of fourteen new battalions to combat terrorism, five of which will be operational in Niger and another five in Burkina Faso.

Likewise, Niger is part of the Economic Community of West African States (ECOWAS), which is preparing the creation of an anti-terrorist operation in the face of the threat that jihadism will continue its advance towards the countries of the Gulf of Guinea, as well as the Initiative of Accra, which make up around a dozen West African countries and whose leaders agreed last November to set up a joint multinational force.

But, without a doubt, if there is something that works in favor of Niger, it is that Bazoum does not seem to have allowed himself to be seduced by Russia, as the junta that governs Mali has done and that the one in Burkina Faso is also doing. Although the country maintains military collaboration with Moscow, it has condemned the Russian invasion of Ukraine and its president has denied that Russia has any role, beyond acknowledging certain disinformation efforts.

“All of this has resulted in us having total control over our territory,” claimed the minister, defending that the effort has also been accompanied by other political and economic measures to improve public services in conflict zones because “the war is not carried out only with the Armed Forces” but we must also bet on development.

Likewise, Massoudou said, the government has also organized “a permanent dialogue to avoid the instrumentalization of some communities against others and has refused weapons to civilians to avoid the communitarization of violence.”

Violence in the countries of the Sahel has an ethnic component that the jihadists and the authorities sometimes take it upon themselves to exploit. Thus, as a general rule, the Fulani or Peul community, traditionally nomadic and dedicated to herding, is usually associated with the jihadists, and is confronted with the rest of the ethnic groups that populate these countries and whose essential activity is agriculture.

Given the inability of the authorities to guarantee security throughout their territory, given the size of these countries, in the case of both Mali and Burkina Faso they have opted to delegate the fight against terrorism in some areas to other armed groups. In the case of Mali, the Tuareg groups that operate in the north and in Burkina Faso in militias such as Dan Na Ambassagou, made up of Dogon hunters, and by volunteers who are offered minimal training and arms.

In Niger, “we have escaped all these pitfalls because we have organized ourselves so that this is not the case and that is why we are on the way to winning, we are resilient and we have victoriously faced the whole phenomenon”, summed up the Nigerien minister.

The UN currently seems to agree with them. In his latest report on the situation in West Africa and the Sahel in the second half of 2022, the Secretary General, Antonio Guterres, maintains that “the security environment shows signs of stabilization due, among other things, to the improvement of responses of security and the dismantling of terrorist bases by the Army of Niger, with the support of the repositioned international forces”. 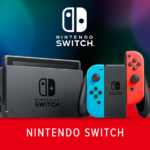