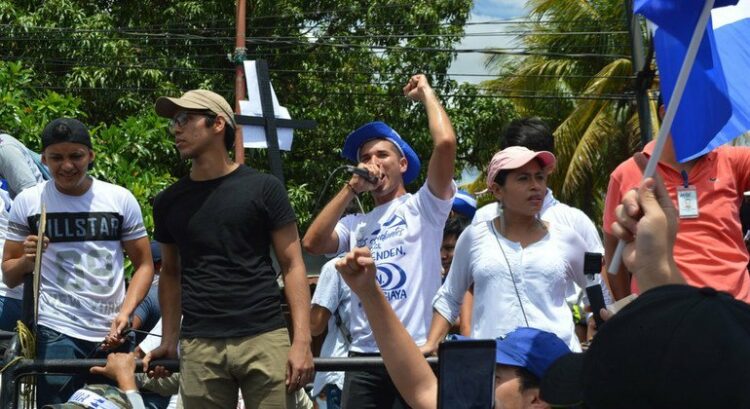 Gabriel Boric announced an increase in the fiscal budget for 2023

The Committee for the Elimination of Racial Discrimination expressed great alarm at the alleged acts of violence against indigenous and Afro-descendant peoples in Nicaragua and urged the country’s authorities to act immediately to protect the rights of these groups and hold accountable those who have broken them.

In its evaluation on the Central American country, published this Tuesday, the Committee regretted that there were no Nicaraguan representatives present during the examination and stressed that the country does not appear to have national legislation prohibiting racial discrimination in the terms of the International Convention for the Elimination of all forms of Racial Discrimination nor with provisions on the subject in the Penal Code.

According to the analysis, despite the State’s efforts to restore and revitalize the economic, social and cultural rights of indigenous and Afro-descendant peoples through the Strategy and Development Plan for the Caribbean Coast and Upper Wangki and Bocay, these peoples they continue to suffer structural discrimination as reflected in poverty rates and the precariousness, exclusion and violence they constantly face.

To remedy this situation, he urged Nicaragua to adopt special measures or affirmative action to eliminate the structural discrimination that affects these populations.

Regarding indigenous territories, he urged the country to guarantee the protection of the rights of indigenous peoples to possess, use, develop and control their lands, territories and resources in full security; a advance in the demarcation and titling of those territories, and to ensure their legal recognition and legal protection.

When referring to the reports of acts of violence and attacks against the life and physical integrity of members of indigenous and Afro-descendant peoples, specifically in the Mayangna Sauni As Territory in the area of ​​the Bosawás Biosphere Reserve, the experts regretted not having information that these abuses have been investigated and that can go unpunished.

In addition, he cited the aggressions in the Autonomous Regions of the Caribbean Coast and asked the country to take urgent measures to that those responsible be prosecuted and duly punished.

Regarding the impact of extractive projects, agribusiness and infrastructure on natural resources on the lands of indigenous and Afro-descendant peoples, the Committee stressed that the protection of human rights and the elimination of racial discrimination are essential for sustainable economic development.

The evaluation took into account the allegations regarding the granting of licenses for the exploitation of natural resources and development projects within indigenous territories. without carrying out the prior consultation processesor based on persons not legitimated to represent the affected peoples.

The Committee specifically mentioned the cases of the Grand Interoceanic Canal project, the deep-water project in Bluefields, the forest and carbon conservation project, and the BioClima project, which affect the Rama indigenous people and the Afro-descendant Kriol and Black Creole Indigenous communities from Bluefields.

In this line, it recommended that the country carry out independent studies on the social, environmental and cultural effects before granting licenses for projects that involve the development and exploitation of natural resources in indigenous or Afro-descendant territories; in addition to duly consulting the affected communities and include them in decision making.

excessive use of force

The review also highlighted reports of excessive use of force against members of indigenous or Afro-descendant peoples, including cases of deaths of members of those communities who were in detention.

To put an end to these abuses, the Committee recommended the adoption of provisions guaranteeing the respect for the principle of proportionality and of strict necessity in the use of force, training law enforcement officers in the use of conventional mechanisms and in combating racial discrimination.

Regarding access to justice, he highlighted the allegations of persistent discriminatory practices against indigenous and Afro-descendants. “The information about violations of the guarantees of due process and adequate defense of members of indigenous and Afro-descendant peoples is of concern, as well as about the practice of racial profiling of the Afro-descendant population of the Caribbean Coast in the framework of the fight against drug trafficking, resulting in in false accusations, arbitrary arrests and raids without a court order,” he said.

At this point, he urged that measures be taken to fight corruption and guarantee transparency in the judicial system as a means to safeguard the fight against racial discrimination and respect for human rights.

It also asked the State to guarantee indigenous peoples’ access to justice, ensuring the respect for their fundamental rights and the guarantees of due processas well as trained defenders with knowledge of indigenous languages ​​and interpreters who can explain the content of judicial proceedings when necessary.

He also emphasized the importance of ensuring that, in the context of the fight against drug traffickinglaw enforcement agents do not carry out actions against people of African descent based on stigmatization and racial profiling.

On the other hand, the Committee expressed deep concern about the arbitrary and repressive actions of the government to close the spaces for national participation and dialogue implemented since the outbreak of the sociopolitical crisis in April 2018.