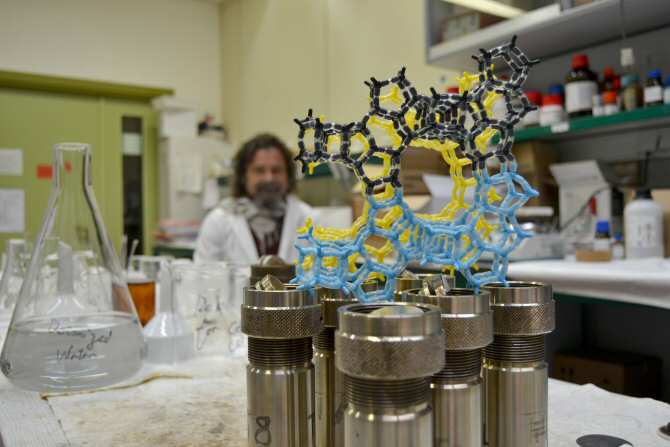 Zeolites are microporous silicates that find a wide range of applications as catalysts, adsorbents, and cation exchangers. Currently, there is a great demand for stable, silica-based zeolites with increased porosity to allow adsorption and processing of large molecules, but it has not been possible to find a feasible way to create such zeolites, until now.

An international team of researchers with the participation of the Consejo Superior de Investigaciones Científicas (CSIC) in Spain, has created the most porous stable zeolite known to date, a new pure silica zeolite called ZEO-3. This zeolite was formed by an unprecedented topotactic condensation of a 1D silicate chain to a 3D zeolite. The process is topotactic because the structure of the chain is not altered. It can be applied to remove and recover volatile organic compounds from a gas stream that may even contain water.

Since zeolite pores are the size of small molecules, there is a limitation on the size of molecules that can be processed. “For this reason, zeolites with the largest pore have always been sought and, especially, those with three-dimensional pore, because when you have a pore in only one direction, even if it is large, it is easy for it to become blocked. However, if you have them in all dimensions, it is difficult”, explains Miguel Camblor, ICMM researcher and one of the main authors of the work.

After more than 80 years of international research in this field, the team of scientists has created the most porous stable zeolite known to date. “Until now, zeolites with extra large pores were not stable, as they were made of germanium instead of silicon,” says the ICMM researcher. Previous stable zeolites could reach up to 7 angstroms (1 angstrom is one hundred-millionth of a centimeter). Last year, this team of researchers published another study in the academic journal Science on a new large-pore aluminum-containing zeolite (ZEO-1). Now, the new zeolite has a composition of pure silica. “In both zeolites, ZEO-1 and ZEO-3, there are pores that reach more than 10 angstroms,” says Camblor.

In the background, Miguel Camblor, ICMM researcher. In the foreground, a representation of the structure of ZEO-3. (Image: Ángela R. Bonachera / ICMM / CSIC)

The peculiarities of ZEO-3

The new zeolite has two peculiarities: extra-large pores in all three dimensions and that it is formed by calcination of a one-dimensional chain silicate in a topotactic condensation (meaning that it was produced without changes in this chain).

After the creation of this zeolite, the team, which also includes scientists from Sweden, China and the United States, began to examine its properties: “As it is a material that is pure silica, it does not have catalytic capacity, but it has the capacity to absorb very large organic compounds”, clarifies Camblor.

“This zeolite can be applied to remove and recover volatile organic compounds from a gas stream that may even contain water,” he explains. “You can decontaminate a site where harmful volatile organic materials are being produced. And not only eliminate the polluting agent but also recover it”, illustrates Camblor. With further research, this zeolite could also be useful in catalysis and drug delivery.

The new study is titled “A 3D Extra-Large Pore Zeolite Enabled by 1D-to-3D Topotactic Condensation of a Chain Silicate.” And it has been published in the academic journal Science. (Source: ICMM / CSIC) 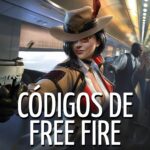