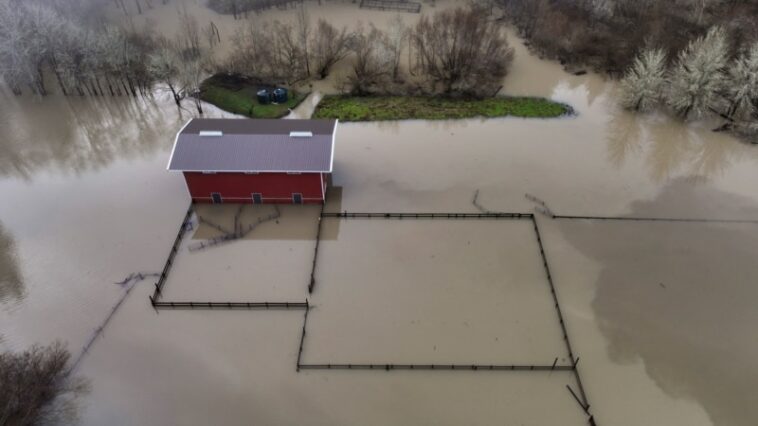 California experienced a day of wind, rain and snow on Saturday, jeopardizing travel and stoking concerns of flooding and power outages.

Bands of rain with gusty winds began in the north and spread south, with more storms expected through early next week, the National Weather Service warned.

More than 68,000 utility customers lost power Saturday morning, a number that more than halved by afternoon, according to poweroutage.us.

Flood warnings have been issued for the region north of the San Francisco Bay, including Marin, Napa, Sonoma and Mendocino counties.

To the south, advisories were posted for parts of some counties, including San Mateo and Santa Cruz, where the small community of Felton Grove along the St. Lawrence River was ordered to evacuate.

An evacuation order has also been issued for residents of the Wilton area in the semi-rural southeast of Sacramento County. Authorities cited the threat of overflow of the Cosumnes River.

Swollen Salinas River flooded farmland in Monterey County, and to the east, flood warnings were in effect for Merced County, in the agricultural Central Valley, where Gov. Gavin Newsom went to assess the problems. caused by the storm.

“The reality is that this is only the eighth of what we anticipate will be nine atmospheric rivers, we are not finished,” Newsom said at a briefing with local authorities in which he urged people to be vigilant for the next 24 to 48 hours.

“This is happening all over California, but I mean … you guys are disproportionately bearing the brunt of it, and if you feel that way, you’re right,” Newsom said.

Slippery roads and snow affected roads through the Sierra Nevada.

The Central Sierra Snow Laboratory at the University of California at Berkeley tweeted Saturday morning that it received 54 centimeters of snow in 24 hours and that the accumulation of about 3 meters is expected to grow several more meters by Monday.

Authorities issued an avalanche warning for the central Sierra, including the greater Lake Tahoe area.

A series of atmospheric rivers have dumped rain and snow on California since late December, knocking out power to thousands of people, flooding roads and triggering debris flows and mudslides.

There have been at least 19 storm-related deaths and a 5-year-old boy remains missing after being swept out of his mother’s car by floodwaters in San Luis Obispo County. 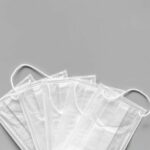