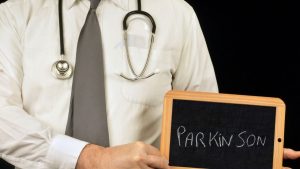 Dr. Claudia Lazcano, a neurologist specializing in Movement Disorders at the INDISA clinic and part of the research team at the Center of Excellence – Parkinson’s Foundation, King’s College Hospital in the United Kingdom, has just published her study in the International Review Of Neurobiology.

A study carried out by the neurologist Dra. Claudia Lazcano detects an increase in the symptoms of depression, anxiety and delirium, in patients with Parkinson’s disease affected by the Covid-19 virus. The research was published in the journal International Review Of Neurobiology.

Parkinson’s disease has a prevalence in the world that borders 1 to 4% of the world population over 65 years of age, progressively increasing with older age (up to 4% in those over 80 years of age), being more frequent in males.

In Chile, its incidence is similar to the world population, however during the last 20 years it has increased significantly, and it could be an explanation for this phenomenon that Chile is among the oldest countries in Latin America and that the number of inhabitants in Chile has also increased.

the neurologist Dra. Claudia Lazcano Ocampo, from the INDISA Clinic Neurology Service and member of the Association of Physicians of the same clinic (AMCI)is a specialist in Movement Disorders and also works at the Center of Excellence – Parkinson’s Foundation, King’s College Hospital from the United Kingdom, being part of this research that seeks to identify non-motor symptoms affected by Covid-19 infection in patients with Parkinson’s Disease.

“The purpose of this study was to review the available evidence on the impact of Covid-19 on non-motor symptoms of Parkinson’s Disease, either in the acute or chronic phase of the infection, with special emphasis on the sphere neuropsychiatric, where symptoms such as depression and anxiety worsened significantly in patients infected with the virus”, he specifies.

The neurologist also highlights the manifestation of confusional syndrome or deliriumone of the most frequent complications in patients with Parkinson’s disease and Covid-19, compared to patients not infected by the virus.

In the cognitive spectrum, a decline in cognition, mainly affecting attention capacity, and that this dysfunction could remain over time, an aspect that is recommended to be addressed in future studies and patient follow-up. “Other symptoms like fatigue, pain, orthostatic hypotension, and gastrointestinal symptomshave also been exacerbated by infection.

Decreased sense of smell or hyposmia, a symptom widely described in Parkinson’s disease and Covid-19, however, the appearance of this symptom during infection has not been shown to be a risk factor for developing parkinsonism in the future,” he adds. the specialist.

After the study, he points out that the prognosis in patients with Parkinson’s disease who have overcome the disease is similar to that of patients who did not have Covid-19, however the infection itself can leave sequelae, for example respiratory, which would not be related to neurological pathology.

Regarding the challenges that the results of the study open up for the medical body, the specialist maintains that “many times, when we examine patients with Parkinson’s disease, we instinctively tend to worry about their motor symptoms (falls, tremors, motor fluctuations, etc. ), however with the same care we must inquire about their non-motor symptoms, given the great negative impact they produce on the quality of life, both of patients and their caregivers.

Likewise, it is important to consider a multidisciplinary management of motor and non-motor manifestations, with the support of different teams such as speech therapy, kinesiology and occupational therapy, achieving with this global approach a comprehensive management that allows patients to have their functionality and independence preserved as much as possible. possible time”, concludes Dr. Claudia Lazcano.

Why is the Mexican Prosecutor investigating Peña Nieto?