Around 20 people have died in an attack carried out at dawn on Monday by alleged members of the Allied Democratic Forces (ADF) militia against the town of Makungwe, located in the eastern Democratic Republic of Congo (DRC).

Saidi Balikwisha, deputy for the province of North Kivu, has indicated that “there has been a massacre of civilians in Makungwe, in Bashu” and has cited 23 deaths, although he has stressed that “this is a provisional balance.”

The administrator of the Beni territory, Omeonga Charles, has confirmed the event in statements to the Congolese news portal 7sur7, although he has not provided a balance of deaths. “Our security services are on the ground to restore the authority of the state,” he said.

The ADF, a Ugandan group created in the 1990s that was particularly active in the eastern DRC and accused of killing hundreds of civilians in this part of the country, may be trying to resume operations in Uganda, from where it withdrew in 2003. after a series of military operations that drastically reduced its ability to carry out attacks in the country.

The group suffered a split in 2019 after Musa Baluku — sanctioned by the United Nations and the United States — swore allegiance to the jihadist group Islamic State in Central Africa (ISCA), under whose banner it has operated since then. The increase in their attacks and the claim of an attack in the Ugandan capital, Kampala, led both countries to launch the aforementioned joint operations in the eastern DRC. 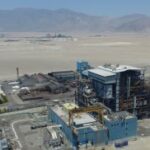