Creating more powerful and efficient engines is a necessity if we are to contemplate the possibility of interplanetary missions. At least if we want to avoid expensive trips lasting more than a year. In this quest, NASA is immersed in the development of an engine that combines nuclear thermal propulsion (NTP) with nuclear electric propulsion (NEP) that could considerably shorten the travel time to Mars.

Nuclear impulse.
The wit was proposed by University of Florida engineer Ryan Gosse, and tries to combine two technologies to address the specific shortcomings of each and thus create an engine capable of driving large-mass payloads, such as would be needed for manned voyages to Mars, at high speeds.

NTP systems They work from a nuclear reactor that transmits heat of the reaction to a hydrogen gas propellant. This hydrogen, now at high temperatures, expands in the engine nozzle to drive the vehicle. The technology allows a high impulse but can also double the time in which the engine is active with respect to the chemical engines used today.

The nep engine For their part, they use the nuclear reactor to generate electrical energy that is then used to ionize an inert gas propellant. Electromagnetic or electrostatic forces accelerate these gases that are ejected from the nozzle, propelling the vehicle.

hybrid engine.
NTP engines offer a lot of power for longer than chemical engines, but this period could be limited to about 900 seconds (15 minutes). In contrast, NEP engines offer less powerful impulses but can last for more than two hours.

the combined engine proposed by Gosse is based on a “wave rotor”, it could generate the power of an NTP motor for even longer, between 1,400 and 2,000 seconds. It would also have an additional NEP cycle that would allow the impulse to continue (between 1,800 and 4,000 seconds). This engine could shorten the trip to the red planet up to 45 days according to some estimates.

NIAC.
The idea is still in the first phase of development in the context of the NIAC program (Innovative Advanced Concepts) from NASA. The NIAC program is a mechanism of the US space agency to promote the most advanced science possible. It is not unusual for projects like this to be applied for in the calls of this program.

The design still has two rounds to go before it’s ready to move forward. The engine shares this round of the call with 13 other projects. Among them one which seeks to use nuclear energy to penetrate the inner layers of the oceanic worlds of our solar system or other which seeks to create a conduit for the transport of oxygen on the Moon between the poles and future lunar stations.

The nuclear ban.
Nuclear power has been used in space exploration for decades, ever since early 60’s the United States will send the first satellite carried by a nuclear reactor, TRANSIT-4A, which operated for 15 years and is still in our orbit Even today.

Since then both the Soviet Union and recently China managed to send probes and rovers charged by mechanisms of this type. Among the most notorious in recent years the rovers Curiosity and Perseverancewhich have been touring Mars since 2012 and 2021 respectively.

Rockets propelled by different mechanisms based on nuclear reactors they may become the new frontier in space exploration. We will have to wait in any case before knowing in which of its forms, thermal, electric or hybrid. Or who knows, we may still have new mechanisms pending 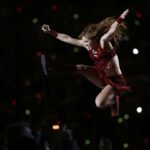