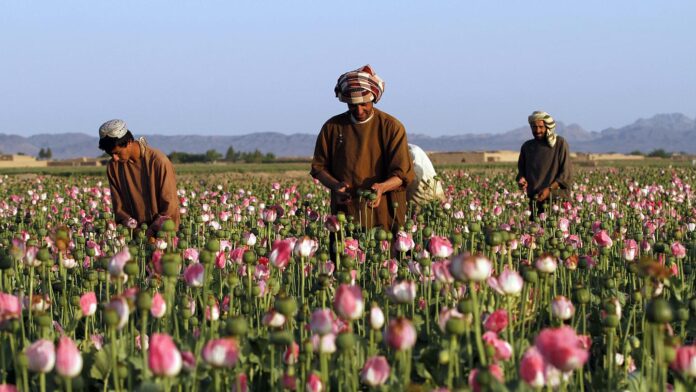 Narco-terrorism along the coastal borders has created a serious alert in both the internal and external security of the country.

The role of drug trafficking in the promotion and financing of current global terrorism has increased and, in some cases, drugs have become the currency used as commission for these terrorist attacks. A known Sri Lankan drug dealer, Kanchipani alias Mohammed Imran, entered Tamil Nadu via the Rameswaram coastal area after being released on bail.

Aware of the gravity of the situation, political party leaders such as PMK’s Anbumani Ramadas and BJP’s Annamalai are putting pressure on the ruling party as it is abundantly clear that this fugitive drug lord has a major international supply network in the trade. of drugs and their sneaking into Tamil Nadu will definitely affect the harmony of the state.

Kanchipani Imran is a Sri Lankan drug dealer who is internationally connected to drug lords from Pakistan, Afghanistan, Dubai, Maldives and India. Fled to Dubai in 2016, later in 2019, where he was deported and detained by Sri Lankan police along with many other high profile suspects (Anushka Kaushal, Amila Sampath, Anderson Fernandez) following pressure from India and Sri Lankan authorities for various crimes. Investigations revealed that all these suspects are wanted for numerous murders and attempted murders committed by them. Imran was arrested by the Colombo Criminal Division (CCD) on March 29, 2019. These suspects had a close accomplice, drug lord Makandure Madush.

Makandure Madush was a suspect in the long list of organized crime activities in Sri Lanka, and has also been said to be linked to high-profile crimes. Madush was said to be a close associate of Haji Salim, an ISI-backed drug cartel and arms supplier in Balochistan, Pakistan. Several prominent underworld figures and celebrities, bringing the total to 25 suspects, including Sri Lankan singer Amal Perera and actor Ryan Van Rooyen, were also arrested along with Madush at an anti-drug party held at a Dubai hotel in the that a large quantity of drugs was recovered from the suspects. Madush was arrested and deported from Dubai in February 2019 and has been detained by CID on a warrant since his arrival in the country. The suspect was further transferred to CCD from CID for further investigation.

The role of drug trafficking in the promotion and financing of current global terrorism has increased and, in some cases, drugs have become the currency used as commission for these terrorist attacks.

Before Ryan Van Rooyen left for Dubai, police seized the actor’s car at a resort allegedly used by the actor, inside which officers found 5,750mg of Kerala cannabis. The owner of the complex, Suranji Sudda, was also arrested in Dubai with Madush. But Madush was later shot to death in a crossfire between CCD police officers and suspected gang members in Lanka. This incident has raised many questions in Sri Lankan political circles as his death occurred in police custody and is believed to have been politically supported.

India calls for “permanence” in global efforts against financing of terrorism

Both Imran and Madush had close contacts with the Pakistan-based Haji Salim drug cartel. Recent NIA raids on a special camp for Tamil refugees in Tamil Nadu arrested 9 Sri Lankans involved in illegal drug and arms trafficking and working in close association with Haji Salim. Various other illicit activities of transporting arms and ammunition along the coastlines of India like Gujarat, Mumbai, Kerala, and Tamil Nadu had a deep connection with this Haji Salim who was using them in some organized crime, or some activities. terrorists continually detained by NCB and ATS team.

Preparing the Indian Army for the future

Drug cartels are heavily dependent on local fishermen for smuggling and supply to India’s coastal borders. The Narcotics Control Bureau, which has seized a whopping crores of rupees worth of heroin in recent months, has found links to this ISI-backed Pakistani national. On December 20, 2022, the local court granted Imran bail on payment of 5 million in local currency. The coastlines of Tamil Nadu have always been a hub for illegal drug activities and the fact that Imran managed to sneak into this place is not surprising as he has a deep connection to the network here.

Kanchipani Imran is a Sri Lankan drug dealer who is internationally connected to drug lords from Pakistan, Afghanistan, Dubai, Maldives and India.

Imran’s flight to Tamil Nadu shows a very favorable political support situation is seen behind the arrest of this criminal. Not surprisingly, Imran will definitely replace Madush’s role as a big player in the local drug mafia that is continually alleged for involvement in drug and weapons smuggling activities. Our investigative agencies and police forces are under surveillance to track down this dangerous suspect.

Since these illicit drug traffickers often operate in groups and networks, our forces must integrate their work to create more effective and efficient networks so that they can defeat the illegitimate networks that perpetuate so much destruction in our country and even around the world. . Our societies are broken and young lives torn apart by drug addiction are more dangerous than an immediate enemy. Our government needs to develop strong strategies to prevent and disrupt these crimes. These hidden hands under the shadow world are flying under the radar and need a special ATS team for all states including Tamil Nadu to fight the threat. And also to protect the internal security of the state and restore harmony in our state.

Disclaimer: The views and opinions expressed by the author do not necessarily reflect the views of the Government of India and Defense Research and Studies.

Article republished within the framework of an agreement with Dras (Defense Research and studies) to share content. Link to the original article: https://dras.in/narcoterrorism-high-alert-along-southern-shores/ 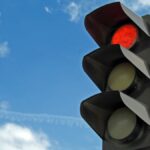