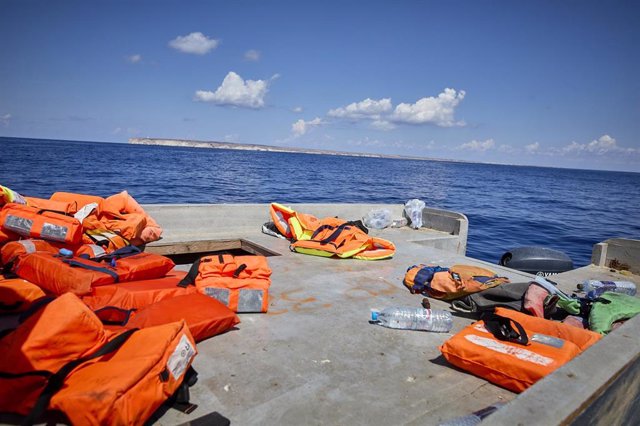 Archive – Several life jackets, in a small boat where a total of 70 migrants were traveling, on September 8, 2021, in the Mediterranean Sea, in the vicinity of Lampedusa, Sicily (Italy) – Jesús Hellín – Europa Press – Archive

The Moroccan authorities have announced the rescue of about 235 migrants in operations carried out earlier this week, according to military sources, who have added that these people were aboard several boats that suffered technical problems during their journey.

These sources, quoted by the Moroccan state news agency, MAP, have detailed that a total of 236 people were rescued between July 17 and 19, before adding that they were transferred by Royal Navy ships to ports on the mainland. to be handed over to the Gendarmerie.

Morocco is one of the main transit points for migrants from sub-Saharan Africa to Europe. In recent months, Rabat has reinforced surveillance around the border with Spain, erecting fences with concertinas and digging ditches on the beach next to the border crossings.

In one of the main incidents of recent months, at least 27 migrants died on June 24 during an attempt to jump from the valley by hundreds of migrants due to the repression of the security forces, while denouncing the “excessive use of tear gas” by both Moroccan and Spanish authorities.

Johnny Depp shares his transformation process for the film "Minamata"