The events occurred on the campus of the Universidad Mayor de San Marcos, based in Lima, the capital. According to the Public Ministry, hundreds of protesters have been camping there since last Wednesday. Organizations such as the IACHR and the UN spoke out before the operation.

On the morning of this Saturday, a Peruvian Police tank knocked down the access door to the Universidad Mayor de San Marcos, in Lima. Hundreds of protesters from all over the country were camping inside the educational center, taking refuge on the site.

According to the Public Ministry, more than 200 people were arrested and some accused of terrorism. As part of the process, a group of prosecutors were assigned to verify respect for the human rights of those detained in the middle of the police operation.

“In our capacity as defenders of legality, the defense of human rights and the prevention of crime, we are constituting, not only to verify the situation, but we are also deploying a series of functional actions as Public Ministry,” said Alfonso Barnechea, Provisional Superior Prosecutor and National Coordinator of Crime Prevention Prosecutors.

Barnechea also reported that complaints had been received by the higher education center about alleged robberies of law enforcement and attacks by disgruntled citizens who were there.

In the context of the protests that are taking place in Peru, people began to arrive, mainly from Puno, Cusco and Arequipa, who responded to the call to take over the country’s capital to demand the resignation of the current president, Dina Boluarte.

IACHR “concerned” by the events

The Inter-American Commission on Human Rights (IACHR) ruled on the eviction that occurred at the capital’s university. The IACHR “urgently urges the State to be accountable for the facts and guarantee the integrity and due process of all persons,” read the headline of the publication. In an attached video, they pray several lines of messages.

#Peru 🇵🇪 #IACHR expresses its concern about the police raid, eviction and mass arrests at the University of San Marcos; Urgently urges the State to render accounts of the facts and guarantee the integrity and due process of all persons. pic.twitter.com/bhIb3Ql4hy


One could read that “cases of forced evictions are incompatible with the principles of international law.” Also that “they must refrain from incurring in massive, collective and indiscriminate arrests in contexts of social protest.”

The UN calls for “guarantees of due process”

Legality, proportionality and guarantees in due process. These were the recommendations made by the United Nations Organization in the context of the eviction. The call for attention was made through the local mission of the Office of the United Nations High Commissioner for Human Rights, OHCHR.

In a statement, the OHCHR reviewed who the members of the camp at the university were, including peasant and indigenous organizations.

According to the UN body, “the disposition of detainees before judicial authorities and fiscal supervision is essential for the protection of the rights of all the people that make up these delegations, as well as of the students residing at the university,” it concluded. .

The role of indigenous groups in the protests

In an analysis cited by the AP news agency, Eduardo Gamarra, an expert in Latin American politics at Florida International University, revealed the role of indigenous groups in these protests.

According to the academic, those who take to the streets are mainly supporters of former President Pedro Castillo who, as the country’s first rural president, has broad support in the southern part of the country. That area of ​​the nation is mainly inhabited by Quechuas and Aymaras.

According to the professor, both groups are well related to their counterparts on the border with Bolivia, a fact that is crucial when dissecting the protests. Analyzing the situation, Eduardo Gamarra affirmed that, “without a doubt, the Bolivian allies have been in the south of Peru mobilizing the discontented, and some have been arrested.”

With AP and EFE 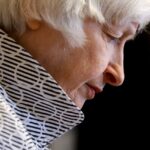 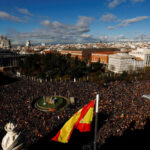