The death toll from the cold wave that has affected Afghanistan for two weeks has risen to more than 120, as confirmed by the Taliban, after the authorities confirmed that temperatures of up to 34 degrees below zero had been registered in some parts of the country.

The spokesman for the National Disaster Management Authority, Safiulá Rahimi, has indicated in statements to the German news agency DPA that more than 50 homes have also been totally or partially destroyed by the cold wave, while more than 70,000 animals have Died due to inclement weather.

The Meteorological Department of Afghanistan has indicated that the lowest temperatures have been registered in the province of Ghor (center), in the midst of a wave of cold that has left nearly 5,000 children hospitalized during the last week, according to data published on Monday by the Afghan Ministry of Health.

Likewise, the capital, Kabul, where about 5.5 million people live, has suffered a blackout due to the fact that Uzbekistan has suspended electricity exports to Afghanistan, which has led the Taliban authorities to demand that Tashkent comply with the supply agreement.

To this is added that 120 people have died and more than 150 have been injured due to the floods registered during the last month in the Central Asian country, according to the Ministry for Disaster Management, as reported by the Afghan television channel Tolo TV.

The United Nations Office for the Coordination of Humanitarian Affairs (OCHA) warned on Monday that Afghanistan “faces an unprecedented humanitarian crisis with a very real risk of systemic collapse and human catastrophe.” In this sense, he stressed that 28.3 million people, close to two thirds of the population, will need urgent humanitarian aid in 2023 to “survive”. 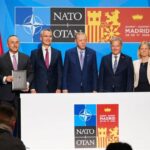