Despite the passing of the years, Fortnite It remains one of the most popular games thanks to the constant news it receives. Some players believe that Battle Royale needs a radical change, so an enthusiast decided to create a mod to enjoy virtual reality pitched battles.

Developer Praydog managed to implement the technology without changing the gameplay experience. This caught the attention of many Battle Royale fans, who think it’s an attractive way to freshen up the title. By contrast, Tim Sweeney, head of Epic Games, is not so convinced of this idea.

Find out: Fans make fun of the new skin of Fortnite; They say it’s a copy of Jolyne’s JoJo’s Bizarre Adventure

It looks that cool Fortnite: Battle Royale in virtual reality

The developer hopes to release his project to the public, but has not yet announced a date to do so. He believes that the mod will work well, since Epic Games allows private servers, so there will be a way to create games with only users who use virtual reality.

The mod changes the perspective of the game to first person, which puts a very interesting twist on combat and exploration. Players believe that this modification will make it more difficult to build, should you want to play with said mechanic. Below you can see a video with gameplay.

Epic Games rules out an official VR version of Fortnite

Interestingly, Sweeney has spoken in recent weeks about a possible VR version of the battle royale. The creative doesn’t like the idea, because he believes that the technology doesn’t fit with the game mechanics or with the experience he wants to offer. For these reasons, he ruled out an official version in virtual reality.

“Epic has no plans to build a VR version of Fortnite. Not because of any great business strategy, but simply because what we do in Fortnite every day as gamers runs quickly in an environment, and it’s the kind of experience that involves intense movement and doesn’t work as well in virtual reality,” the manager said in an interview with The Verge.

In case you missed it: ninja defends Fortnite and affirms that it is one of the best games ever

Related video: Fortnite: how did it become crossover heaven? 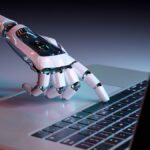