The billionaire Félicien Kabuga has not appeared this Thursday at the opening of the trial against him before the International Residual Mechanism of Criminal Courts (MTPI) in The Hague for his alleged link to the crimes of the Rwandan genocide (April-June 1994).

The Office of the Prosecutor has indicated during his speech that the evidence shows that Kabuga, acting for the cause of extremist beliefs, played a key role in perpetrating the crimes and the unimaginable suffering unleashed in Rwanda in 1994″.

Prosecutor Serge Brammertz has stressed that the victims “have waited 28 years for justice to be done” and added that he is committed to holding Kabuga “accountable”. “Kabuga was among the world’s most wanted fugitives for two decades,” he has recalled.

“Over the coming months, we will present evidence of their crimes and their guilt,” he said, while noting that “the trial will also be an opportunity to remind the world of the grave dangers of genocide ideology and hate speech.” .

“Kabuga played a central role in provoking hatred towards the Tutsi, dehumanizing innocent civilians and paving the way for genocide. If we are to prevent further genocide, we must all be vigilant against this type of incitement,” he defended.

In this sense, the Prosecutor’s Office has outlined in its opening speech that the existence of a campaign of mass murders in Rwanda with the aim of destroying the Tutsi population cannot be disputed and has pointed out that the accused created and operated the Radio Television Free of the Thousand Hills (RTLM), and financed, armed and supported the Interahamwe militia.

“RTLM was the propaganda machine that fueled hatred and ultimately violence against Tutsi, while the Interahamwe, receptive to RTLM’s rhetoric, was trained, armed and financed to execute it on the ground,” he explained.

After the beginning of the genocide on April 7, 1994, the RTML gained weight and broadcast 24 hours a day messages to “exterminate the Tutsis from the face of the earth”. He also instructed the Interahamwe to kill specific people and called for Tutsi women to be raped and then executed.

Before the genocide, Kabuga was one of the richest people in the country and an ally of the then president, Juvénal Habyarimana, his wife, Agathe Kanziga, and the ‘Akazu’ leadership who dominated the country’s politics, while supporting the extremist movement’ Hutu power.

Kabuga, 87, was arrested in France in 2020 years after two decades dodging the authorities and is considered by the prosecution to be one of the main financiers of the genocide, in which the Hutu majority tried to massacre the Tutsi minority and the moderate Hutus.

In July 1994 he took refuge in Switzerland, from where he was expelled a month later. He then fled to the former Zaire (now the Democratic Republic of the Congo) before settling in Kenya, where he escaped at least three joint operations by the Kenyan Police and the International Criminal Tribunal for Rwanda (ICTR), which accuses him of genocide, complicity in genocide, direct and public incitement to commit genocide, attempted genocide, conspiracy to commit genocide, persecution and extermination.

Subsequently, the businessman has traveled through several African countries, where he was buying his protection and creating numerous personal relationships throughout the continent, while he was finally located and arrested in the French town of Asnières del Seine, where he lived with a false identity.

Thus, the man, of Hutu ethnicity, is accused of financing the militias that perpetrated the massacre of nearly 800,000 Tutsis and moderate Hutus during a period of one hundred days in 1994. He was also the president of the management committee of the RTLM, known as “the voice of genocide”.

The roots of the conflict between Hutus and Tutsis go back several generations, but the genocide was unleashed after the death of Habyarimana, a victim of the shooting down of his presidential plane –in which the president of Burundi –Cyprien Ntaryamira– was also traveling with a missile on April 6, 1994

After the president’s death, the Interahamwe militia launched a campaign of executions that lasted for 100 days, on many occasions tearing their victims to pieces in their homes, in churches, soccer stadiums or on barricades.

Mass graves are still being discovered to this day, especially since convicts who have served their sentences have provided information about where they buried or abandoned their victims. 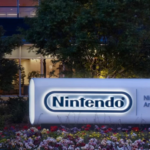