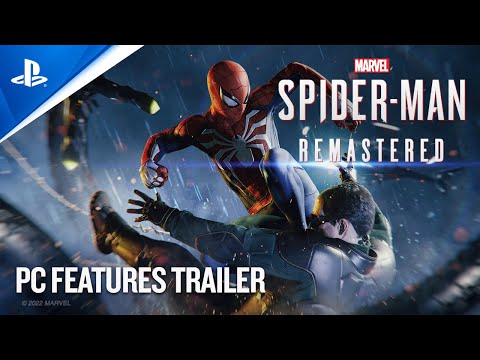 PlayStation It has already tasted success on PC and has no plans to leave the platform. Initially, Death Stranding, the Hideo Kojima title, announced that it would be an exclusive PlayStation game, but months later it would make the leap to PC. Horizon Zero Dawn followed the same strategy and now it is the turn of Marvel’s Spider-Man Remastered.

The spider hero title will go on sale on August 12. As expected, computers are extremely varied in terms of components, so Insomniac Games has had to work on graphic improvements, animations and has also confirmed that it will be possible to play in 4K.

Through a trailer, the development company confirmed that shadows are being improved, compatibility with wide screens, it will be possible to play with a keyboard, mouse or the PlayStation DualSense, reflections with ray-tracing have been improved, framerate has been unlocked and They worked with Nvidia DLSS and Nvidia DLAA technology to enhance images via artificial intelligence.

You can play it on Steam or the Epic Games Store. Remember that you can now make a reservation at $60 to be able to claim various bonuses such as the Iron Spider suit.

“In Marvel’s Spider-Man Remastered, the worlds of Peter Parker and Spider-Man collide in an action-packed original story. He plays as a seasoned Peter Parker, fighting big crime and iconic villains in Marvel’s New York. At the same time, Peter struggles to balance his chaotic personal life and his career as the fate of Marvel’s New York rests on his shoulders.

Following the events of the main story of Marvel’s Spider-Man Remastered, experience the continuation of Peter Parker’s journey in Marvel’s Spider-Man: The City That Never Sleeps DLC, three story chapters with additional missions and challenges”.