French President Emmanuel Macron and German Chancellor Olaf Scholz staged their “unwavering” support for Ukraine this Sunday, which will last “as long as necessary” taking advantage of the Franco-German summit being held in Paris.

“After February 24”, the date of the start of the last Russian offensive on Ukraine, “our union did not distance itself or evade its responsibilities”, Macron stressed after a ceremony at the Sorbonne University on the occasion of the 60th anniversary of the Treaty of the Élysée that laid the foundations for Franco-German reconciliation after the Second World War. Macron has thus underlined the “unwavering support” of Paris and Berlin for the Ukrainian authorities.

“The future, like the past, rests on the cooperation of our two countries as the engine of a united Europe”, added Olaf Scholz, who stressed that this “Franco-German engine” is a “machine of commitment” that allows “transforming conflicts and divergent interests into convergent actions”, reports the newspaper ‘Le Parisien’.

Scholz also thanked France for its friendship. “Thank you, Mr. President, thank you with all my heart,” Scholz pointed out in French, addressing the French leader. “Thank you, French brothers and sisters for your friendship,” he added, according to the DPA news agency.

The chancellor stressed the need for a sovereign Europe, an objective for which both countries work together. “Joining forces where nations alone have lost assertiveness: in safeguarding our values ​​in the world, in protecting our democracy against authoritarian forces”, he stressed.

“But also in the competition for modern technologies, in obtaining raw materials, in the supply of energy or in space travel,” he has listed.

The Élysée Treaty was fundamental in the construction of the alliance between France and Germany. It was signed 18 years after the end of the Second World War that pitted both powers. 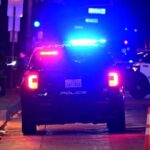