The March 23 Movement (M23) rebels have vowed to continue to withdraw in an “orderly” manner from the areas they have occupied in the north-east of the Republic of Congo (DRC), in particular in the troubled North Kivu province, since the new offensive that they undertook in March of last year and that has caused the displacement of thousands of people and provoked serious diplomatic friction between the countries of the region.

The former president of Kenya Uhuru Kenyatta is now one of the main international mediators to put an end to this conflict and this past Thursday he met with a delegation of the M23 led by its political leader, Bertrand Bisimwa, in a meeting that ended with a result positive, according to both interlocutors.

“As a gesture of goodwill, and to demonstrate their intention to work on the situation in North Kivu, the M23 leaders agreed to continue their orderly withdrawal, adhere to a strict ceasefire, and continue to respect and cooperate with the Regional Security Force. East Africa that has now begun to take control of the vacated areas,” according to a joint statement posted on Bisimwa’s Twitter, as well as in the Congolese media.

Likewise, the interlocutors “take note” that the situation in North Kivu, the most volatile area of ​​the conflict, “has registered certain advances in the areas of security and stability in the last four weeks”, and they assure that “many displaced have begun to return to their homes.

The meeting takes place a week after the M23 confirmed that it would withdraw from the Congolese town of Rumangabo, located in the east of the country and which has a strategic military base, after taking it in October as part of its offensive on the zone.

The M23 has been accused since November 2021 of carrying out attacks against Army positions in North Kivu, despite the Congolese authorities and the M23 signing a peace agreement in December 2013 after fighting with the Army since 2012, with the support of United Nations troops.

The situation has led to an uptick in tensions between the DRC and Rwanda as Kinshasa accuses Kigali of supporting the rebels. United Nations experts affirmed in a recent report that the Rwandan authorities maintain a “direct intervention” in the African country through their support for the group. 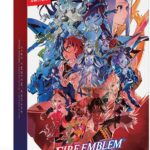