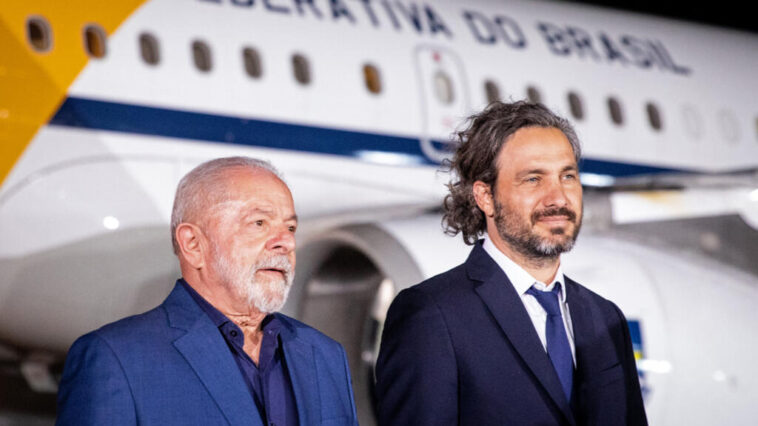 President Luiz Inácio Lula da Silva begins an official visit to Argentina on Monday, during which he will relaunch the strategic link with Argentina, the starting point for Brazil’s reinsertion as a global player. The new government intends to recover the ground lost during the previous administration with several projects, among which is a gas pipeline to transport gas from Argentina to Brazil, boosting both economies. Lula may also meet with Nicolás Maduro.

President Lula’s trip to Argentina marks Brazil’s return to the bilateral tradition whereby the new president of a country has its neighbor as the first port of call on the international scene, a tradition that began in the mid-1980s, when Brazil and Argentina became the axis of regional integration.

This strategic link was interrupted by former President Jair Bolsonaro in 2019, who also turned his back on other neighboring countries, isolating Brazil in the region.

“Lula’s visit implies a reestablishment of the bilateral link and a leadership role for Brazil. Lula represents the normalization of bilateral ties between the two strategic partners, after the rupture by the Jair Bolsonaro administration of this political tradition Brazilian foreign affairs”, assesses political scientist Sergio Berensztein, a benchmark in Argentina, in dialogue with RFI.

The most strategic in the medium term is energy sovereignty, which provides for the construction of a gas pipeline from the Patagonian reserve of Vaca Muerta, the world’s second largest shale gas field and fourth largest unconventional oil field, to southern Brazil.

The war in Ukraine has created both opportunities and energy emergencies. In Vaca Muerta there is enough gas to supply all of Europe. However, Argentina lacks the financial resources to build a gas pipeline and an export plant for this energy.

Argentina is also enthusiastic about the Brazilian market, while Brazil is interested in guaranteeing its energy security by reducing its dependence on Bolivian gas.

For this, Argentina wants Brazil to finance, through the BNDES, the construction of the gas pipeline. What seems more advanced, however, is the role of the BNDES as a financier of the steel tubes for the gas pipeline. These tubes are manufactured in Brazil by the Argentine company Techint. Brazil would finance these exports to Argentina.

This strategic work boosts the economy of both countries and generates great interest among businessmen.

“Brazil is interested in the Vaca Muerta gas pipeline to the south of Brazil, creating an alternative to Bolivian gas and lowering costs. Many businesses arise from this. This supply has the potential to be one of the strategic axes of the bilateral relationship,” says Sergio Berensztein .

The most controversial chapter is related to the so-called financial integration. There will be a memorandum of understanding to start looking into the possibility of a common currency, in addition to other shared financial instruments.

The controversial aspect is the confusion between a common currency and a single currency. A single currency would mean replacing the Brazilian real or the Argentine peso with another currency, such as the euro in the European Union. This project does not appear on the horizon.

In the case of a common currency, the idea implies a virtual unit of value that reduces the use of and reliance on the dollar. This unit would be a reference for import and export operations in bilateral trade. A unit that would arise at the time of trade compensation. The project is still in the embryonic phase.

The reserves of the Argentine Central Bank are scarce. Given the lack of dollars, Argentina tries to carry out any project that represents relief. One of them refers to the possibility of a swap mechanism, a currency exchange between the peso and the real in commercial operations with Brazil. It is a mechanism between Central Banks that Argentina could resort to if it runs out of dollars to import from Brazil.

“It is essentially an accounting currency and applicable to bilateral trade between Brazil and Argentina, eliminating the need to use US dollars, which, for Argentina especially, is crucial due to the lack of international reserves in the Central Bank. Financial and economic agreements made between the two countries and agreed in dollars would pass into this virtual currency,” Jorge Castro, an Argentine international analyst, told RFI.

“In Argentina there are expectations that with Lula’s arrival in power a dynamic of cooperation will materialize to improve the situation of the reserves, but both the ‘exchange’ and the ‘common currency’ do not seem achievable in the short term,” says Berensztein .

The agenda may include Nicolás Maduro

President Lula will be at the Casa Rosada with President Alberto Fernández late Monday morning, where they will sign all these agreements and explain them to the press.

In the afternoon, always at the Casa Rosada, there will be a meeting with representatives of Argentine Human Rights organizations and a meeting with some 300 businessmen, 50 of them Brazilian.

This high number of businessmen indicates the expectation of business resumption between the two countries, based on the greater harmony between presidents Lula and Alberto Fernández.

Lula is scheduled to meet Vice President Cristina Kirchner before a cultural evening with Argentine and Brazilian artists.

Lula may meet with Venezuelan Nicolás Maduro later on Monday, but the meeting will most likely take place on Tuesday after the Community of Latin American and Caribbean States (CELAC) summit. There will also be a bilateral one with the Cuban Miguel Díaz-Canel.

Brazil and Venezuela are close to reestablishing diplomatic relations with the reopening of the Brazilian embassy in Caracas, after the break during the Bolsonaro government. 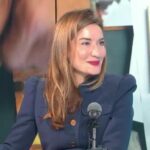