Long deadlines, secrecy about the past and risk for the ‘whistleblowers’: criticism of the new secrecy law 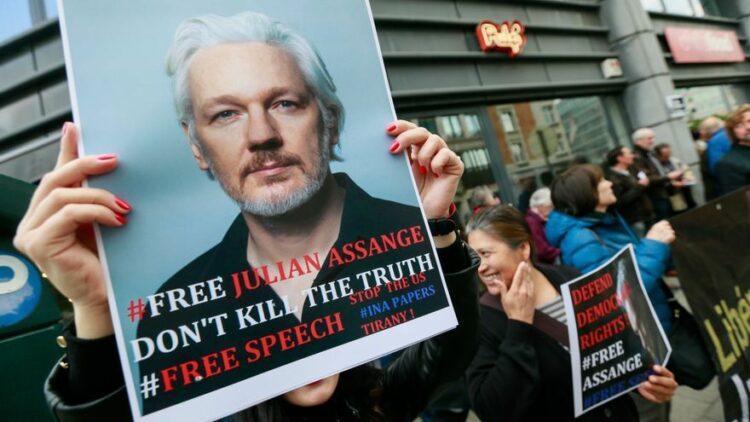 The new Classified Information Law, which will replace half a century later the current Francoist rule, still has a long process ahead of it that will take its final implementation at the end of the legislature. The draft text is not final, but some alarms have already been raised. Not only among the partners of the Government and the parliamentary allies, who have already expressed their reluctance to the content, but also among those who, due to activism or profession, have demanded the democratization of the norm. Among the criticisms, the deadlines to keep certain documentation classified, that the changes in the regulation do not affect past files or the sanctioning regime that is contemplated for those who leak documentation declared secret even with the intention of denouncing human rights violations.

The criticism of Amnesty International is focused on this last aspect, which is working at full speed to prepare the contributions that it will present this month before the end of the public consultation period that follows all draft laws. An unavoidable step that the Government has accelerated by applying the urgent procedure, for which the deadline for civil society to submit allegations to the text ends on August 12.

The director of Amnesty Spain, Esteban Beltrán, seems suspicious of the rush that has entered the Ministry of the Presidency headed by Félix Bolaños to conclude this hearing process. But it’s not the worst of the new norm, in his opinion. If there is something that worries this NGO the most, it is the almost total absence of references to Human Rights.

“There is no reference to the right to information or to international jurisprudence on Human Rights,” says Beltrán in a conversation with elDiario.es. Specifically, Amnesty misses express references to the “basic principles of access” that “recommends the Parliamentary Assembly of the Council of Europe”, to “compliance with rulings of the European Court of Human Rights on access to information”, to ” International Covenant on Civil and Political Rights” to the same Universal Declaration of Human Rights and not even “to article 20.1 of the Constitution Spanish” that enshrines the right to information.

Beltrán points out that there is only one reference to Human Rights, and regrets that the text “does not expressly incorporate the prohibition of classifying as top secret or secret documents or information on serious violations of Human Rights or that violate international law.” “You cannot hide serious human rights violations in a secret law,” he points out.

María del Olmo, director of the Provincial Historical Archive of Alicante and author of a recent book on the Basque political leader Joseba Azkarraga, one of the defenders of the repeal of the Francoist Law of Official Secrets, expresses himself in the same vein. “There is documentation affected by international legislation that cannot continue to be secret,” says this doctor of Philosophy and Letters. “The UN High Commissioner speaks of victims’ access to this documentation. It is internationally recognized,” he affirms, and concludes, like Beltrán, that “the Council of Europe expressly speaks of the impossibility of classifying documents with information on human rights violations. Humans”.

Del Olmo gives as an example the classified papers on state terrorism perpetrated by the GAL or the coup d’état of February 23, 1981. And thus he points to one of the great criticisms that have been made of the bill led by Bolaños: the rules of the new norm will not apply to already classified documentation, whose release will depend solely and exclusively on the will of the Government (current or future) and the Supreme Court.

The archivist points out that not only the dirty war against ETA or the coup d’état, but all the secret information on any subject, including, for example, what she calls the “Aznar clause” on “the documentation that the CNI prepared on Spanish support for the Iraq War” may be kept secret sine die. Also the use of reserved funds or documentation on the Crown.

“The insecurity in the destruction of documents is absolute,” says Del Olmo, who reveals her training as an archivist by pointing out one of the problems that exists when storing information on any medium: its conservation. For her, the solution could go through the creation of a technical and “neutral” commission that would ensure the integrity of the archives.

A committee that could also intervene in the qualification process of the documentation that is classified when the new law comes into force and that would prevent the decision on what information to hide with the maximum protection and for how long to depend exclusively on the Council of Ministers , as established in the draft.

Del Olmo recalls that there is already the Superior Commission for Qualifying Administrative Documents, which depends on the Ministry of Culture, and that it could assume responsibility in this matter as well. “The position of the administration technicians, of the archivists, has not been taken into account,” he lamented. And he points out: “There is a huge amount of documentation that we archivists have been working on for years, each one knows what exists in their own field.”

And it is that one of the risks, which Esteban Beltrán also recognizes, is the lack of knowledge that there is, and that there will be with the new law, about what documents are or are not classified and in what category. “It’s so generic,” says the director of Amnesty Spain about the matters that are likely to be classified, “that anything can be considered secret or top secret.” “The criteria must be restrictive,” he says. And he warns that if the law comes out as it is “there is no substantial progress on the Franco law.” Del Olmo calls it “showcase gatopardismo”.

If, to the arbitrariness with which, both say, the Government may act when it comes to declassifying old documents and deciding on new ones, the automatic declassification deadlines proposed by the draft are added (which can reach up to 65 years in the most extreme cases), the hopes of advancing in transparency with the new law are very limited.

For Beltrán, establishing a deadline, although he considers it very long, is positive and an improvement over what currently exists. But he warns of a possible trap in the articles of the norm, which contemplates in its section 19 that “declassified information may not be reclassified, unless the classification authority determines with reasons and exceptionally that there are sufficient reasons that justify a new classification”.

In other words, according to the director of the NGO, the Council of Ministers will be able to keep a secret document beyond the supposedly maximum 65 years if it deems it appropriate. And since the matters reflected include a section as generic as the one contained in article 3.2f (“any other area whose safeguard requires the highest protection”), Beltrán sees a serious hole that must be filled. In addition, together with the decentralization of management, it can lead to a massive classification of documents.

María Del Olmo points out that the 1968 law “did not set any deadline” for declassification, but she is disappointed with the government’s proposal. “The new ones are so broad that our generation is not going to see a document,” she laments.

Another positive aspect that they have seen in Amnesty is that “an applicant’s right to have an effective appeal against classification decisions is guaranteed”. But again with a possible trap: “What there is is no independent and ex officio judicial control over what is classified and with what criteria. If you find out, you can go to the Supreme Court; but there is no independent mechanism to monitor.”

The archivist gives as an example the legislation that exists in other countries. The laws vary a lot between the different States, but Spain has been among the most restrictive in terms of deadlines. In Germany, for example, the law establishes a period of 30 years for the declassification of official secrets or sensitive material, preferably from the different internal, external or military espionage departments, reports the Efe agency, although there are also exceptions that allow prolong the concealment of certain information from the public.

In Italy, the duration of official secrets is 15 years, although when that period of time expires, the Government has 30 days to decide whether to extend it and, if so, extend it to 30 years, a time that cannot be exceeded. Official secrecy must always be motivated by the prime minister in a restricted session before the Committee for the Security of the Republic, a parliamentary commission that regulates the activity of the secret services. In Spain, parliamentary control is conspicuous by its absence.

In the United Kingdom, sensitive government documents can only be made public after 30 years, although the period can be extended if the authorities judge that their disclosure could harm the country’s image, national security or foreign relations.

In some countries, such as France or the US, prison sentences are established for anyone who reveals confidential information classified at the highest levels of protection. In both, national security or the dissemination of documentation on secret agents or weapons of mass destruction would allow the classification deadlines to be extended beyond the legal margins.

Amnesty International points out as an advantage over other legislation precisely that there are no sanctions in the form of deprivation of liberty for those who spread a top secret, although whoever does so can face a fine of up to three million euros.

And the NGO, especially aware of this matter, warns of the dangers for journalists and the media. Although the Government has assured that the rule cannot be applied to those who exercise the fundamental right to information contained in article 20 of the Constitution, Esteban Beltrán points out that the rule does not expressly include this exception, which could endanger freedom press in certain cases.

“The sanctioning regime limits access to information to prevent and investigate abuses and violations of Human Rights,” he insists. Beltrán distrusts the exemption for journalists, but he goes further. “And what about members of civil society?” he wonders. “What if Amnesty does an investigation into what happened in the Basque Country in 1983?” he adds.

In their opinion, and they will propose this in their contribution to the public consultation phase, “good faith investigations into Human Rights” should be included as an exception to sanctions. And it adds to the officials in charge of guarding the secret documents that hide violations of these rights, or who know that said information exists and is classified.

According to the law, both have the duty to remain silent, but the NGO is going to propose “legal changes to protect whoever reveals that information.” To begin with, because according to international standards “they should not be classified”. And, therefore, “we must protect” those who make it public.

Esteban Beltrán remembers some names that have become very famous in recent years. The US NSA and CIA analyst, Edward Snowden; ex-soldier and also US intelligence personnel Chelsea Manning; or the founder of Wikileaks, and who received Manning’s leaks, Julian Assange, who will be extradited from the United Kingdom after a very tough legal battle after publishing information that revealed the atrocities committed by the invaders of Iraq or Afghanistan, among many other secret information .