The activist was arrested (later released on bail) for protesting against the cessation of the investigation into the incident, which lasted 14 months. He is the brother of one of the 235 victims. The solidarity of an imam and Patriarch Raï, who denounced the practices of the police state (of Syrian memory) and a justice based on “revenge”.

Beirut () – All of Lebanon held its breath for him and believed that he was returning to the police regime established by Syria in the 1990s, after Taëf and the civil war. However, a popular mobilization as unexpected as it was spontaneous was able to overcome the collusion between the police and a certain part of the judiciary, at the service of political power. The activist William Noun was arrested on January 13 by the State Security services, after an informal phone call notifying him of the arrest warrant. He is one of the main figures in the group of victims of the Beirut port explosion on August 4, 2020 (235 confirmed victims). His brother, a firefighter, is among those killed in the tragedy. He was released the afternoon of the following day, a fact that was also produced thanks to a massive popular mobilization that was joined by deputies, the imam of the Jbeil mosque and the Maronite Patriarch.

On January 14, an impressive crowd defied the rain by gathering in front of the Security Headquarters, where the activist had been detained since the previous day. Thanks to the television networks that gave this sit-in exceptional visibility until late at night, William Noun was finally released, although the procedure stipulated that he would have to spend at least two more nights in detention. His mother, Zeina Noun, and MP Melhem Khalaf, former president of the Beirut Bar Association, also slept in the place, refusing to leave him alone. The activist is accused of having broken some windows of the Beirut court on January 10 during a protest against the suspension of the investigation – which has been stalled for 14 months – and of having verbally threatened to use “dynamite” against the court itself in case of another crash occurs.

After being greeted with a standing ovation, William Noun immediately turned the crowd’s attention away from himself to what really matters: the investigation into the explosion on August 4, 2020. “We want the truth about the explosion that killed my brother nothing else,” he said. In this regard, it is already in the public domain that the investigation to identify the perpetrators of this collective crime is being obstructed by the Shiite tandem, the leadership of Hezbollah, through exceptions and formal and substantive impediments against the examining magistrate Tarek Bitar.

Referring to the arbitrary detention procedure, the leader of the Kataëb party, Sami Gemayel, denounced an intimidating measure that reveals a politicization of the judiciary. The victim,” he said, “is in jail, while the attackers walk free and unpunished.”

To date, Judge Bitar is known to have issued arrest warrants against several transport ministers, in particular two members of the Amal movement, prompting calls for legitimate suspicion from the defendants themselves. The absurdity of the situation becomes even clearer when we learn that the Director of State Security, Tony Saliba, was prosecuted in the investigation for breach of duties inherent to his position. However, his appearance was suspended due to the measures of incompetence raised arbitrarily and unjustifiably against Bitar, and due to the evident lack of will to shed light on the matter, which emerges from those same parties that are actually more involved. or less direct in the explosion.

Raï and the decline of justice

“Our dear William Noun was arrested, he who had already been deeply wounded by the loss of his brother in the explosion in the port of Beirut. We are witnessing a true decadence of justice […] that has become only a means of revenge, malice and hatred […]; the security forces carry out police practices”, denounced the head of the Maronite Church, Card. Beshara Raï, during the homily of the Sunday mass celebrated yesterday in Bkerké.

Accusing the “strong powers” of trying to wrest from the Maronites some of the key positions that are rightfully theirs, the Patriarch then posed a question: “How is it possible,” he summed up, “that no satellite flew over the eastern basin of the Mediterranean and Lebanon on the afternoon of August 4, 2020 (at 6:07 p.m. local time), knowing that the ammonium nitrate explosion was ranked among the strongest non-atomic explosions of the post-war period?”. What the Patriarch wishes to underline is the lack of cooperation at the international level to help Lebanon understand how the explosion actually occurred. Knowing, furthermore, that some accuse Israel of having fired a missile at the hangar where the ammonium nitrate was stored and that Beirut asked, in vain, for photos of the port at the time of the explosion.

Finally, William Noun appeared again today with nine other people for the altercations last week with the police forces in front of the Palace of Justice. The group was released on bail, with no further consequences. 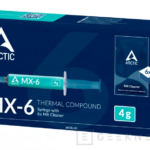